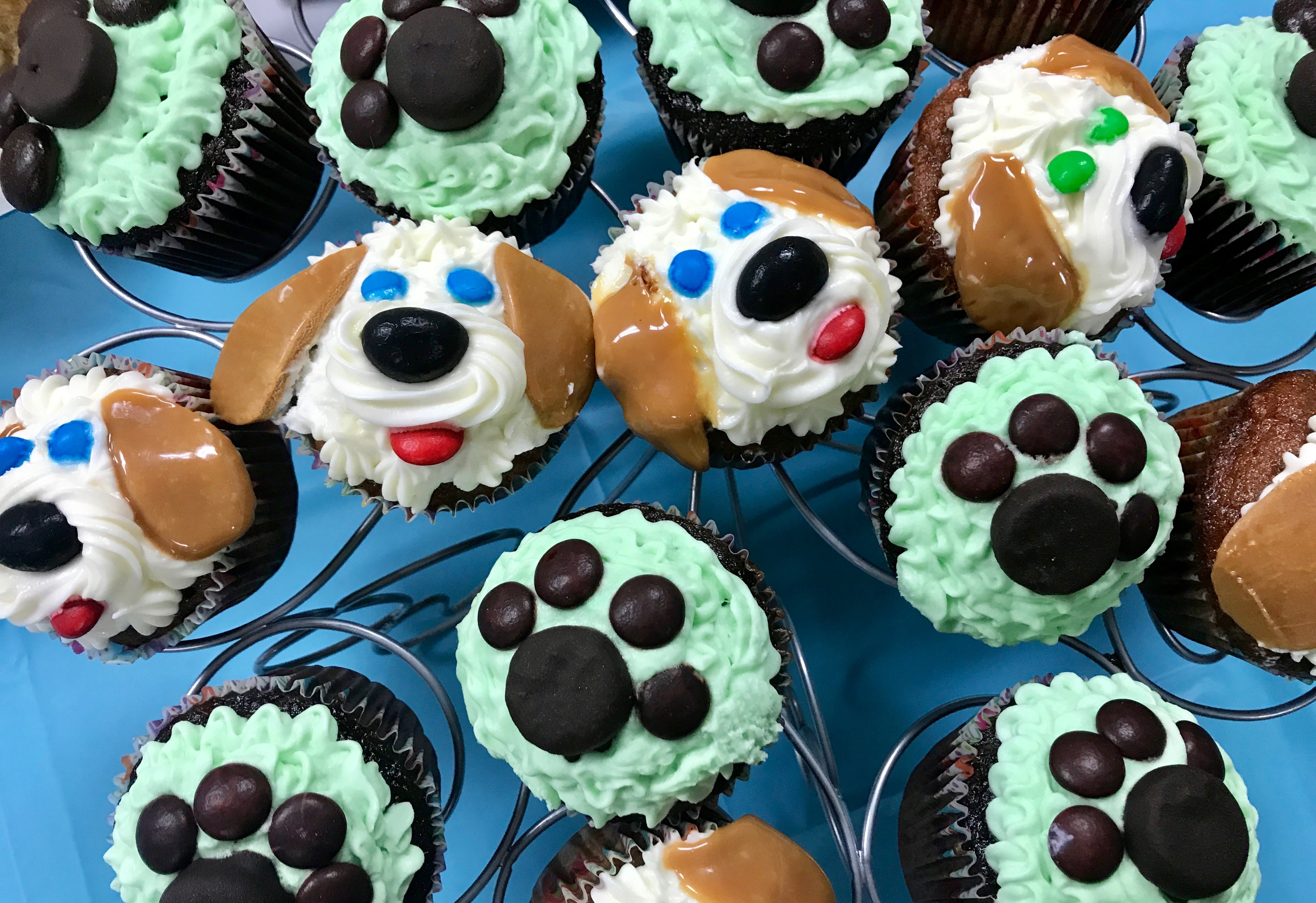 It seems like there is almost always a reason to celebrate at work! Weddings, new babies, birthdays, retirement – yep, we seem to have it covered. The most recent celebration was a 30th birthday. Since the birthday lady loves her puppy dog, along with her goats and chickens, we decided to throw her a, Dog-Gone She is 30! Birthday Bash.

Now a birthday bash at school means that we decorate the staff room – chip in together for a gift, and enjoy some munchies. This birthday bash was the first day back to school for our inservice – so getting it together took a little bit of preplanning.

But it all came together. We combined a taco bar for lunch with the puppy theme. Taco ’bout a paw-ty? It was dog-gone fun! 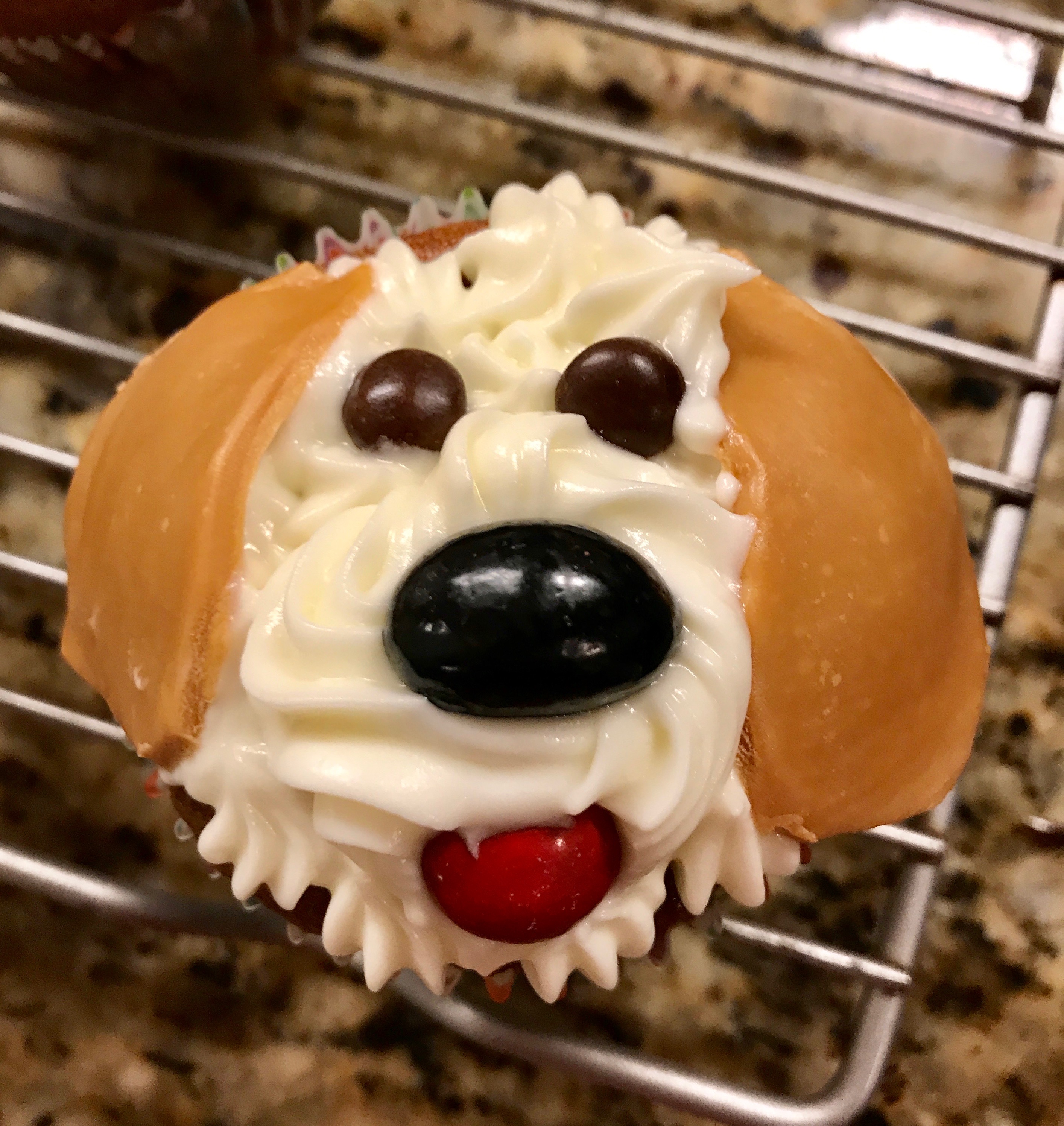 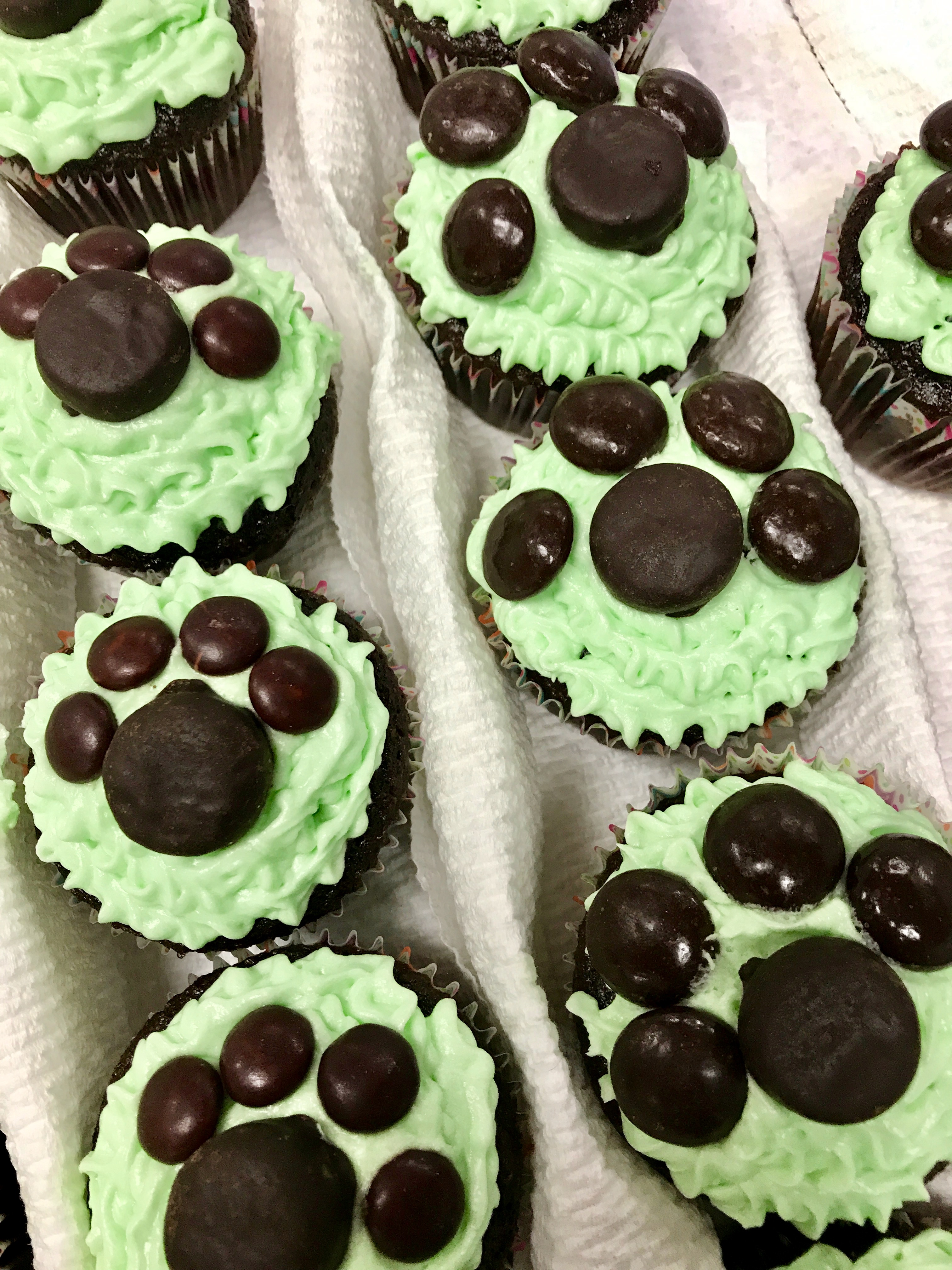 Party decorations included a lot of puppy themed decor. Real dog bones were attached to the balloons to weigh them down. Stuffed dogs adorned the tables and food tents with clever labeling were set out with the snacks and breakfast bagels.  The Taco bar was set up at lunch.

How to make Puppy Cupcakes:

I used a box cake mix for both batches of cupcakes. The white puppies were carrot cake with homemade cream cheese frosting.

I started with a star tip and covered the bases of the cupcakes with stars of cream cheese frosting. 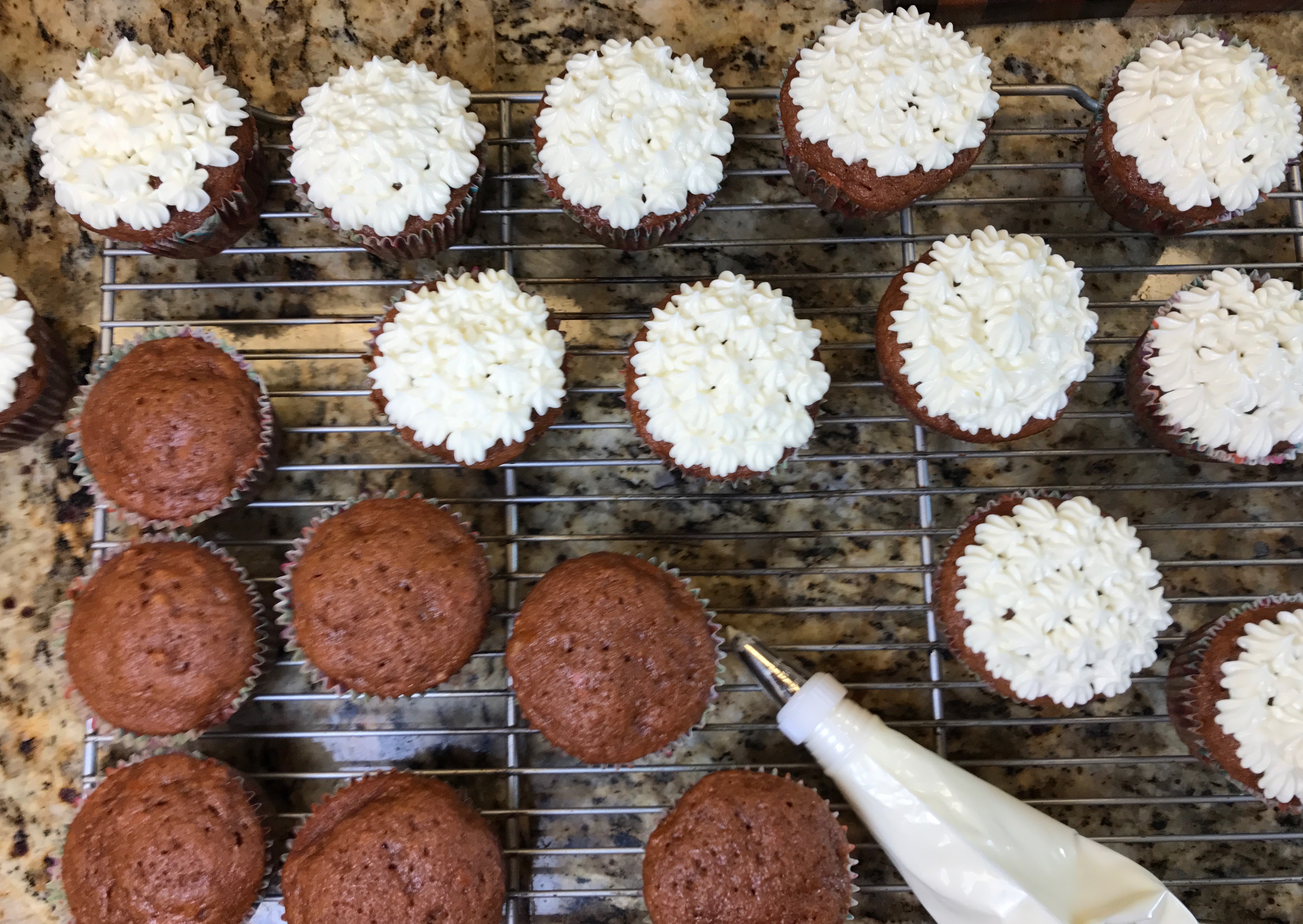 I switched the tip to a larger star tip and holding it sideways I swirled a muzzle for each dog. 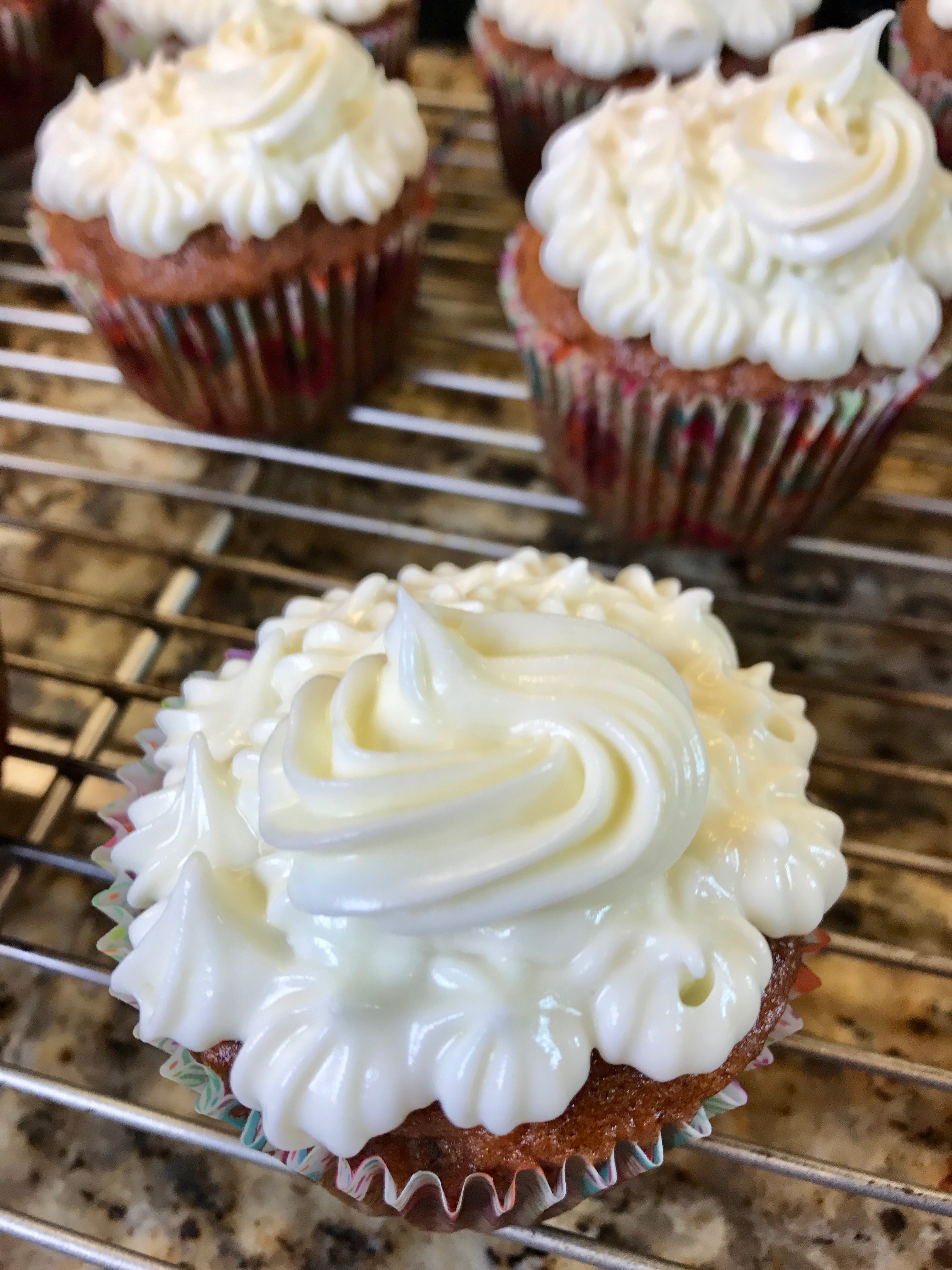 I dropped a black jelly bean in for the nose. Then I tucked in a red m&m in for the tongue and used mini m&ms for the eyes.  The ears were caramel squares that I rolled flat between two pieces of parchment paper, then I simply used my kitchen scissors and cut them into the shape of ears.

I made up a big batch of these the night before the party. Because I also made taco meat for lunch for 40 people, I did not have room to keep all of the cupcakes in the fridge and they sat out (in sealed containers) on my dining room table for the night. Some of the ears melted slightly and slide down the side of the doggy faces. The cupcakes that did fit into the fridge did not have that problem. I also noticed that the ears that were rolled thinner where the ones that slid. Next time, I would simply prep the ears and keep them stored between the sheets of parchment and then pop them onto the cupcakes before serving. I think that would be best. 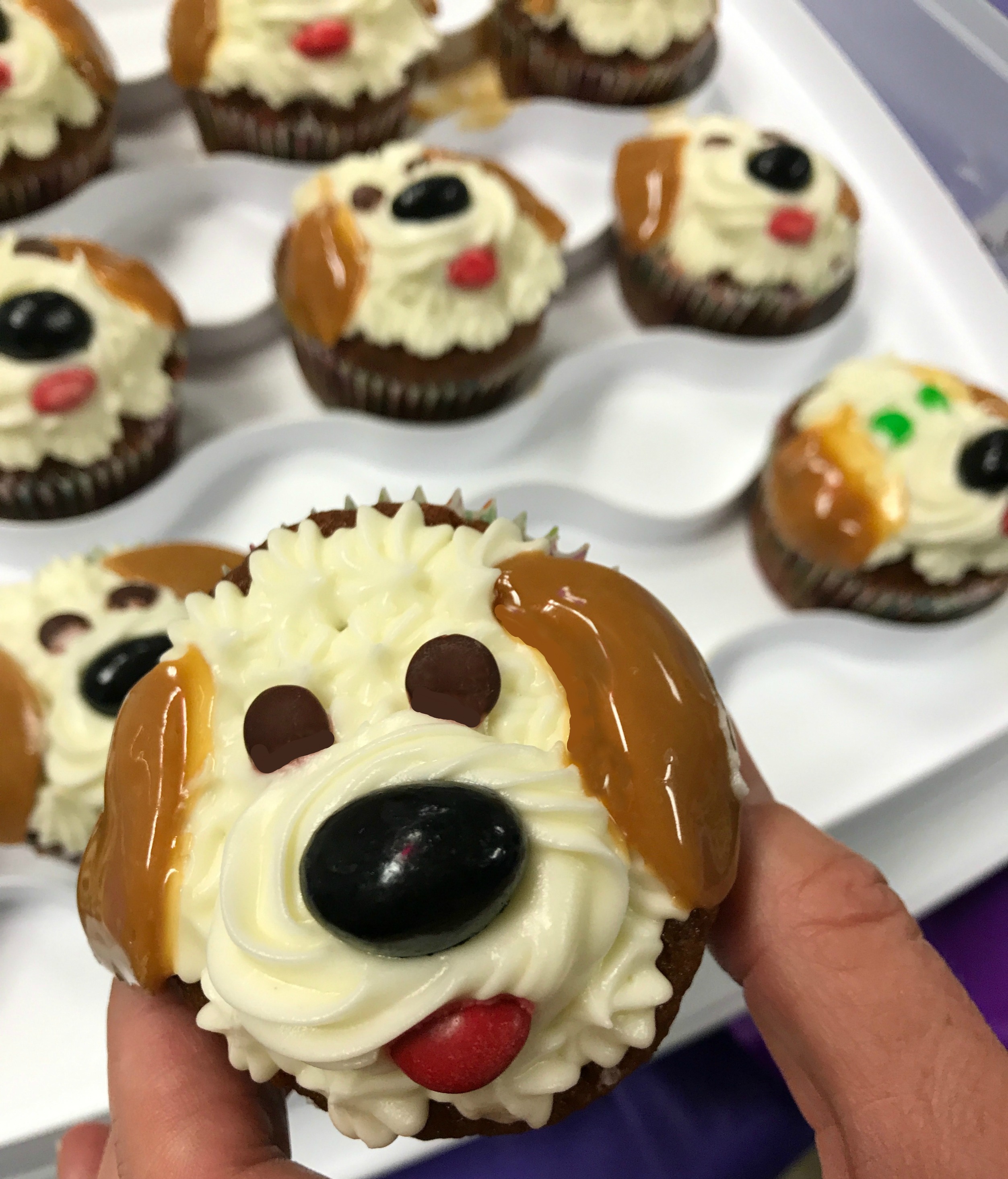 The Paw print cupcakes were simply green tinted butter cream frosting with a dash of mint extract for flavoring. If I had a grass tip frosting tip, I would have made “grass” frosting, but I just used my star tip again and swirled the frosting onto the cupcakes. The m&ms looked best as the paw prints along with the mini York Patties, but you need a very large bag of m&ms to get enough of the brown ones. When I ran out of brown m&ms I started using Junior Mints. The mint candy is a nice complement with the mint frosting and perfect with the chocolate cake.

Even though the ears were a little melted, the puppy cupcakes were a hit!

It was a dog-gone great first day back to work after our summer vacation! 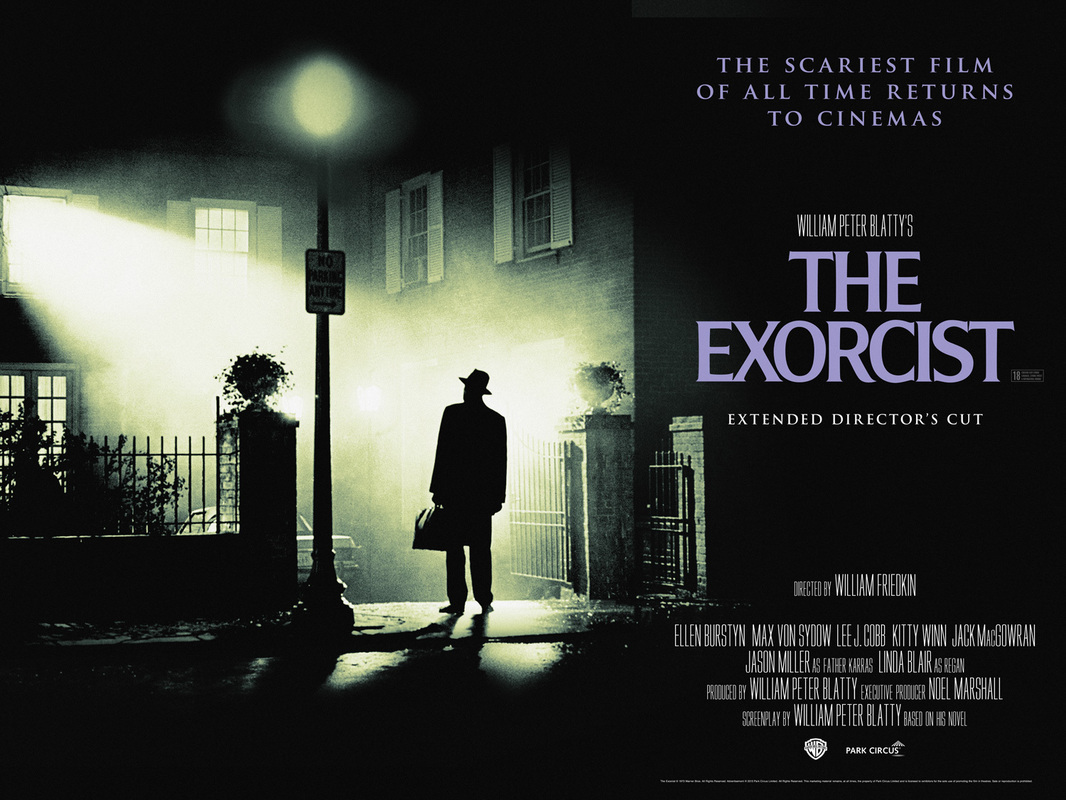 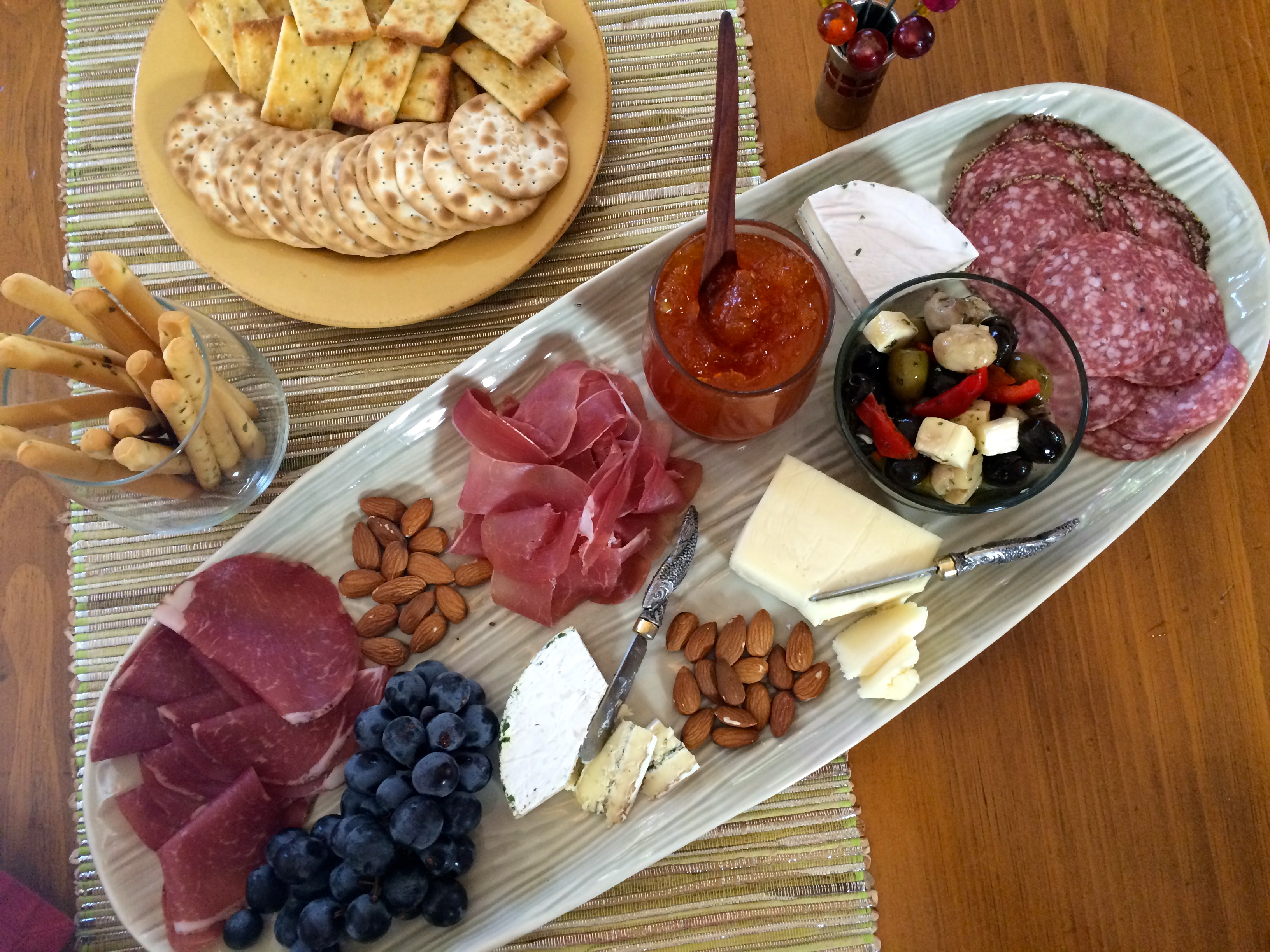