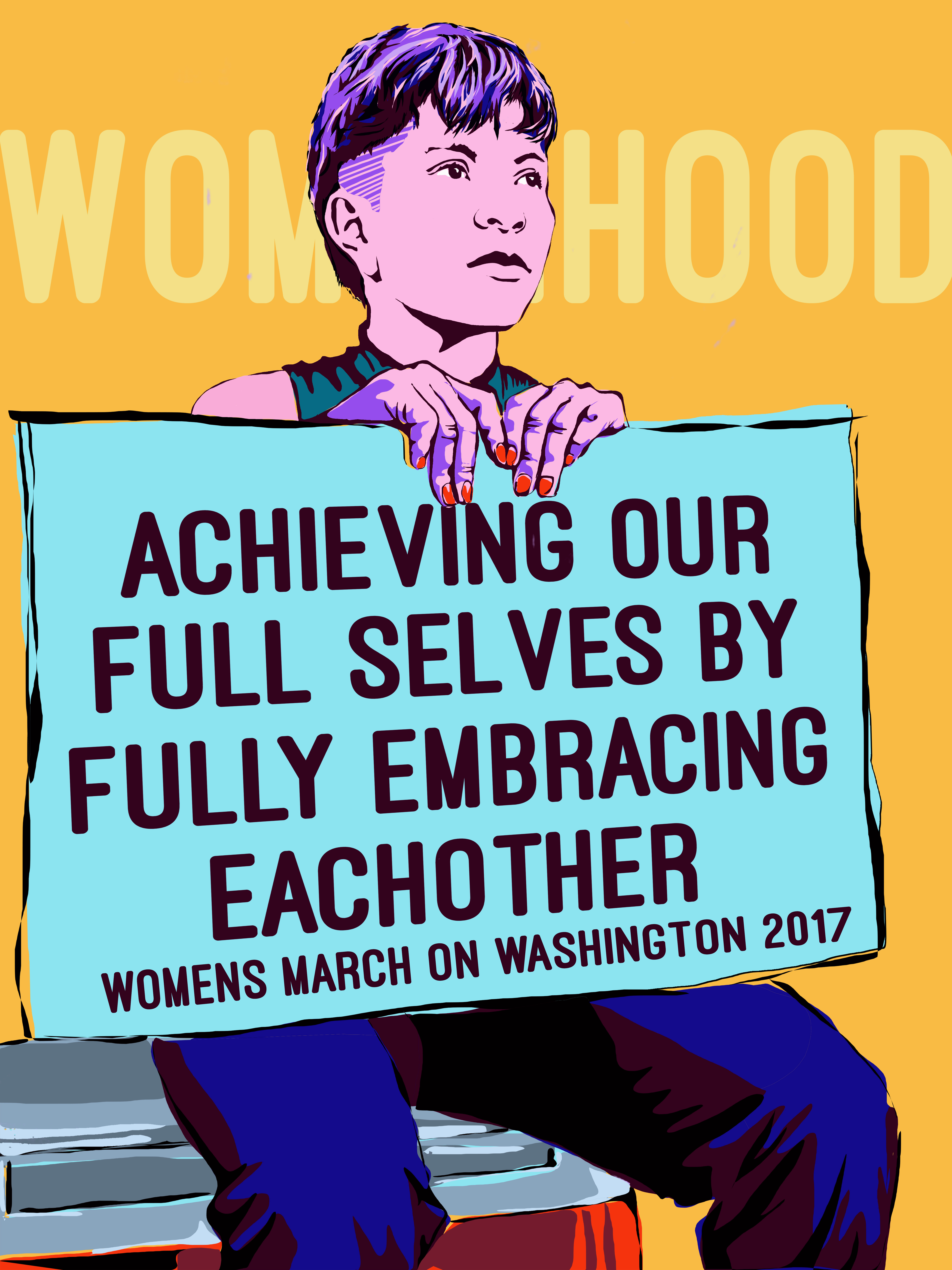 Soon I will be heading to Washington, D.C. to walk alongside thousands (possibly 180,000) of others on the 1.5 mile route of the Women’s March on Washington. The fact that I am traveling nearly 3,000 miles to march 1.5 is not lost on me. Why am I marching? What do I hope my attendance will achieve? These are two questions I have been asking myself recently.

Why am I marching? I am a 53 year-old woman who has seen and experienced much over the course of my life. To give you a sense of my history, I was the young girl that wanted to play ball but was not allowed. The concession made was that I could be “bat girl”, the one to retrieve the baseball bats from the field and return them to the dugout to do my bit to help the boys’ teams. This was before Title IX. Because of Title IX, my daughters had a very different experience than I did  – they were welcomed into the world of sport. I whole-heartedly applaud the activists that passed Title IX in 1972.

We women have come a long way, but we know there is so much more to be achieved. This past election cycle has brought to light many strong biased and prejudicial views still held by many Americans. As a mom in California – I apparently have been living in a bubble – this blog post is going to be very personal. While I am marching for many people – women everywhere including my daughters, my nieces, my friends, my students – I am also marching for myself.

The Women’s March on Washington #WhyIMarch

I am marching for my beliefs. Beliefs that I thought were more universally accepted, but were clearly under attack or swept aside during this last election cycle.

This is not just political for me – it is personal. I am a woman who has lived through a number of experiences. I am a mom to six in a blended family. I am a mom to a Hispanic child, a special needs child, and two gay children. This is why I march. 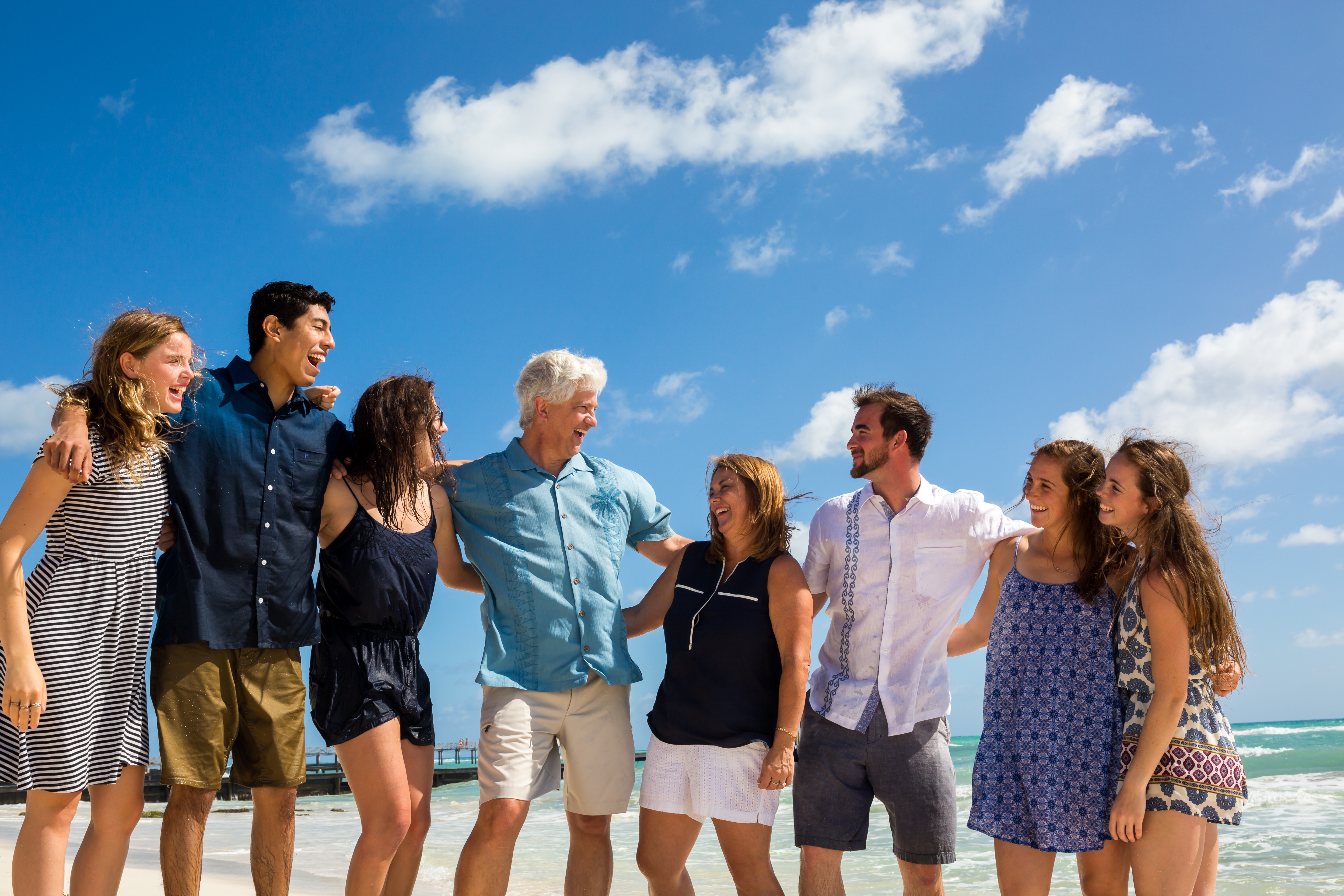 I march for single moms. Being a single mom is hard. It is not only financially challenging it is emotionally and physically exhausting. When my first husband walked out the door leaving me with three teenagers, my life was turned upside down. I was suddenly managing a home, kids’ schedules, college applications, and the constant stresses of day-to-day living alone. From Single Mother Guide, “According to U.S. Census Bureau, out of about 12 million single parent families in 2015, more than 80% were headed by single mothers.” According to the published proposed tax plan put forth by  Donald Trump, single moms are hit hard. Not only will they not see a tax cut, they will see a tax increase. According to Fact Check  The proposed plan will look something like the following chart: 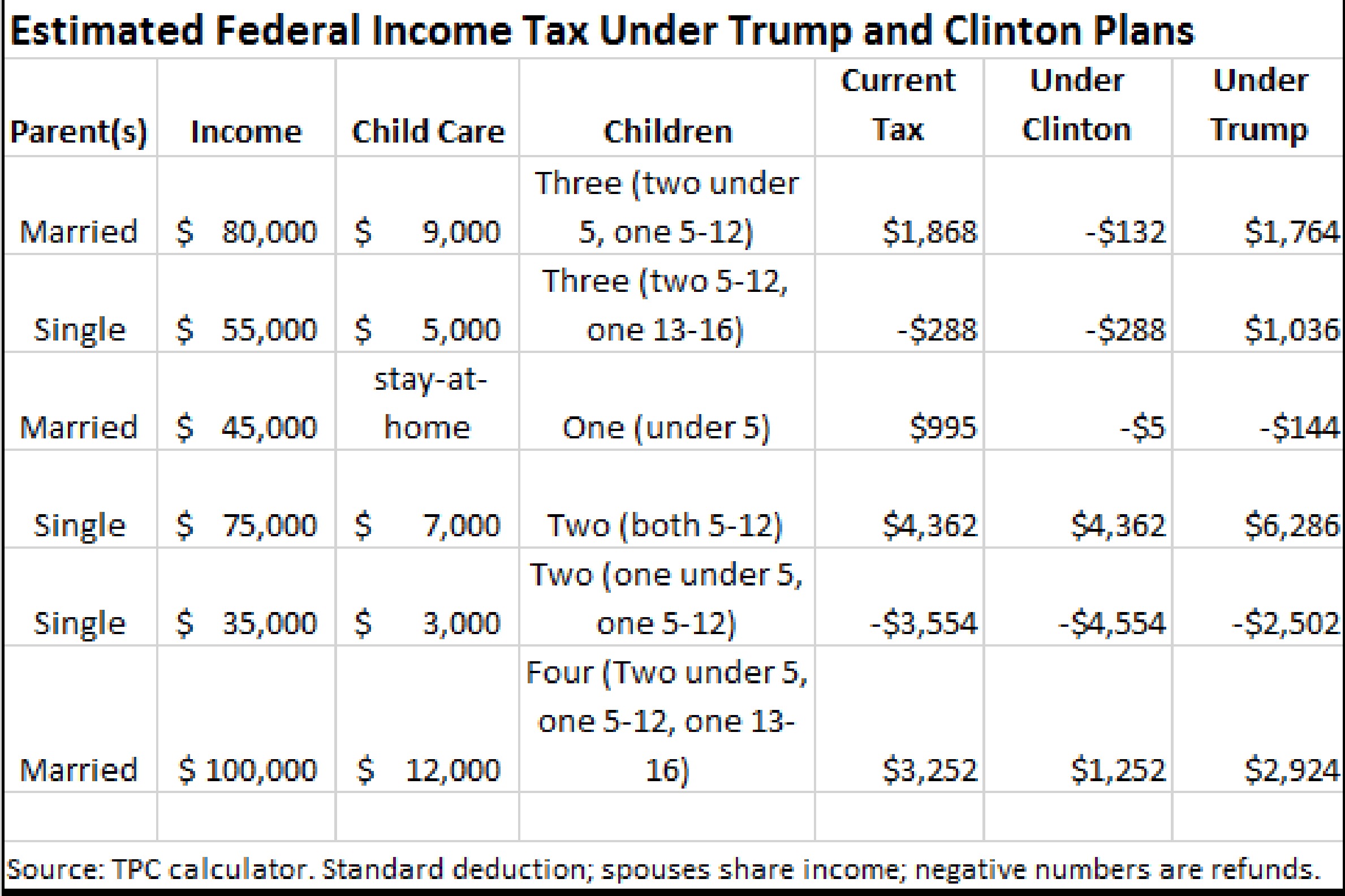 Single moms endure a lot of judgment. I was judged. I was told that I must have done something wrong for my husband to leave me after 20 years of marriage. Life is what it is. No judgement is necessary. I am marching for single moms. 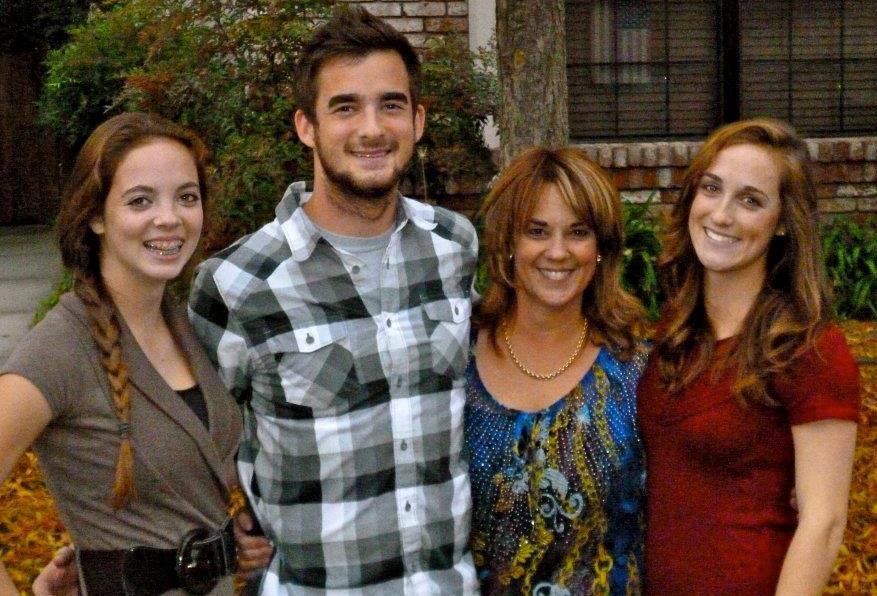 I march against sexual assault. I have been fondled, groped, shoved against a wall with a tongue shoved down my throat, and confined in a public tight space where an erect genital was rubbed against my body. My reaction each time was to push the offender, shove them away, and get myself out of the situation. It was also to remain quiet. In my humiliation, I kept silent. As a teenage girl, as a young adult, as a married woman, I have been the victim of sexual assault, and each time I shoved the incident away to the darkest recess of my memory and moved forward. No more.

When the man about to step into the seat of our presidency becoming the most powerful person in our country says, “You know, I’m automatically attracted to beautiful — I just start kissing them. It’s like a magnet. Just kiss. I don’t even wait. And when you’re a star, they let you do it. You can do anything.” I am appalled. I am sickened. I am taken back to those moments where I was powerless. It is not locker room talk, it is assault. It is criminal. It is against the law. A powerful man giving credence to such behavior is an affront to all women. It makes it harder for women all over this country to claim our bodies as our own. I am marching against sexual assault.

I march for the LGBTQ community. Two of my six children are gay. They are both smart, beautiful young women that are building a place for themselves in this world. They are adults that most definitely work hard and are busy making our world a better place. They are respectful and compassionate people. They are our equals and as such should have equal rights and protection under the law. I am marching for my daughters and the LGBTQ community. 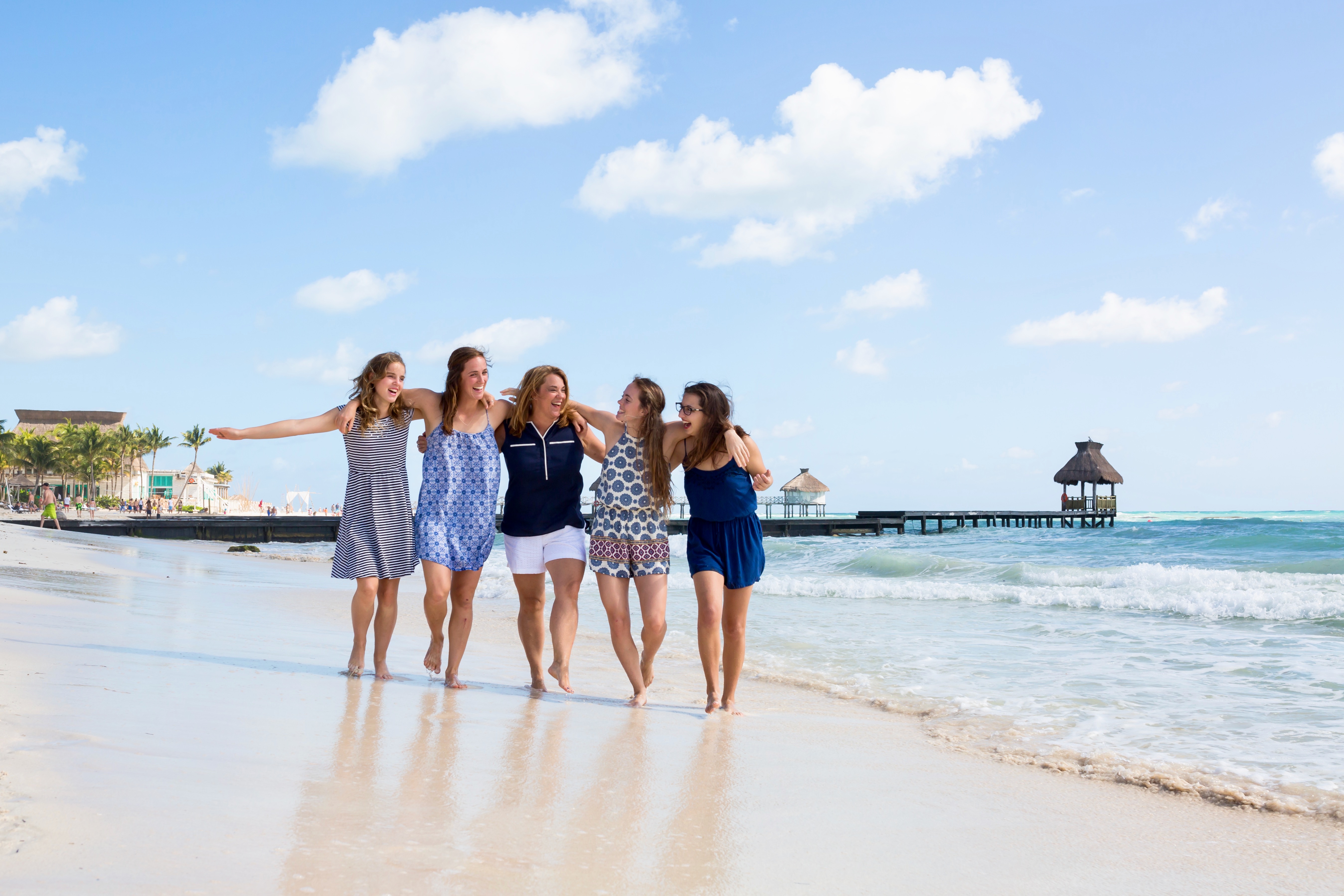 I march for women’s right to choose. As the stepmother of three adopted children I am very thankful that these three birth mothers chose life for their yet unborn children. That was their choice. I have never had to face an unwanted pregnancy (Thank you Planned Parenthood), but I believe that each and every woman has the power over their body and the right to choose whether or not to carry a pregnancy to term. Women do not make this decision lightly. I support my fellow women to make thoughtful choices regarding their body and their future. Individual states being allowed to limit and deny abortion is history moving backwards. It is taking the rights of women and giving it to the states. It is more than a hardship – it is dangerous. I am marching for women’s right to choose.

I march for those with disabilities. I am the mother of a child with special needs. As any parent in my situation can tell you this day-to-day job is filled with worry. Worry about what the future brings, but all the while living with the high demands one day at a time. Each day we are doing our best to teach, guide, set limits, encourage, and support. Our world is filled with specialized doctor appointments, therapy and counseling sessions, intervention programs and special education. Special education is a big part of our life.

Two of Donald Trump’s cabinet picks have me concerned. First, Jeff Sessions, Trump’s pick for Attorney General, who said in reference to the Individuals With Disabilities in Education Act, known as IDEA, “In fact, it may be the single most irritating problem for teachers throughout America today.” At the center of IDEA are the following tenets that children with disabilities will receive:

I march for my students. As a 20 year teacher in both public and private schools, education is near and dear to my heart. I look at the faces of my students every day and work to inspire, teach, and ignite their curiosity and love for learning. I work hard to teach them the academic and social skills they need to be successful in life.

My second cabinet pick concern is future Education Secretary Betsy DeVos. You do not need to look too deeply to understand Betsy DeVos’s agenda. She is a billionaire that donates millions to strong conservative groups. She uses her money to promote her Christian ideals. – conservative organizations that often promote repressive roles for women, in addition to anti-abortion and anti-gay rights stances. As a teacher and a parent, I am a supporter of school choice. “School Choice”, to the Devos family, is about promoting their conservative religious views and funding religious schools with public money. Separation of church and state is a cornerstone of our American democracy where our First Amendment of the U.S. Constitution states, “Congress shall make no law respecting an establishment of religion, or prohibiting the free exercise thereof.” Betsy Devos has bought herself a position (She self proclaims to be the largest single financial contributor to the Republican Party) where she is able to promote her own personal and religious views. As a public servant, her job is to serve all the people, not her personal agenda.  I am marching for those with disabilities and all American students.

I am marching for unity. We are a family of mixed races, differing political views, and differing ideologies, but we are family. Honesty and respect will go a long way to help bring our country together. The chaos of mean spirited and bullying tweets serves only to distract people from the real issues at the center of our country. We are the United States of America, the greatest country in the world. I am marching side-by-side for all our people.

I am marching because I live in a country where I have the right to publicly stand up, declare and fight for my beliefs. 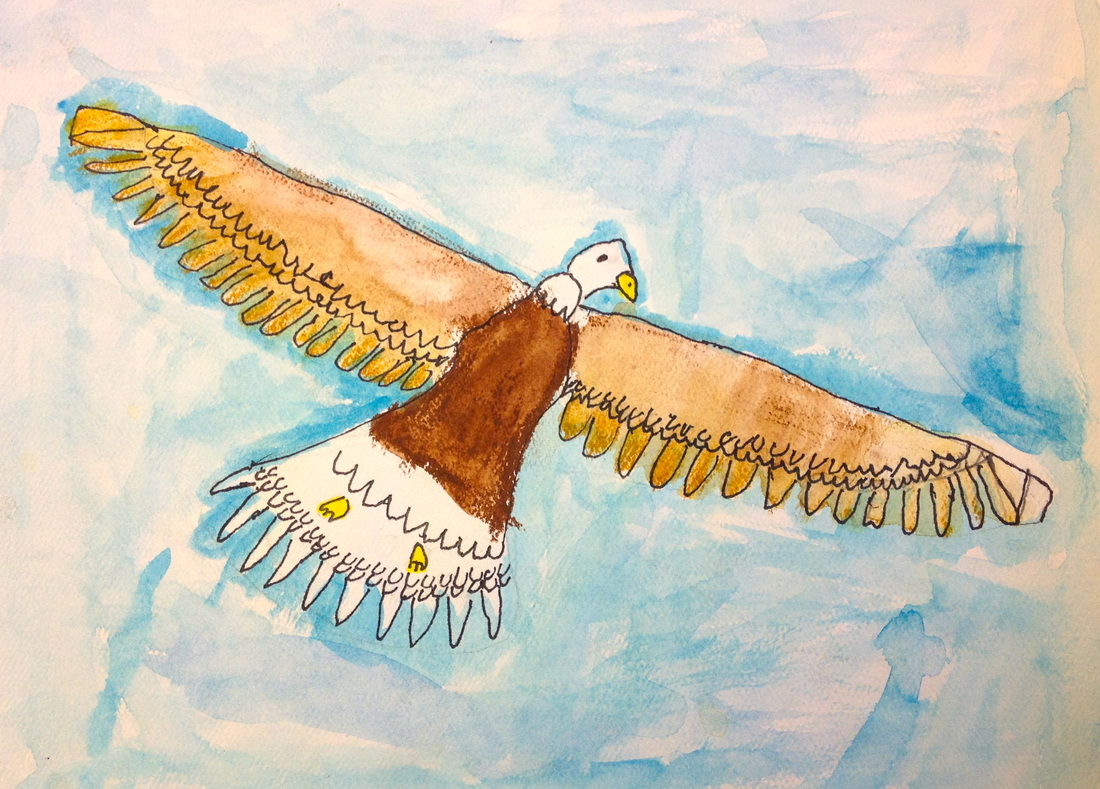 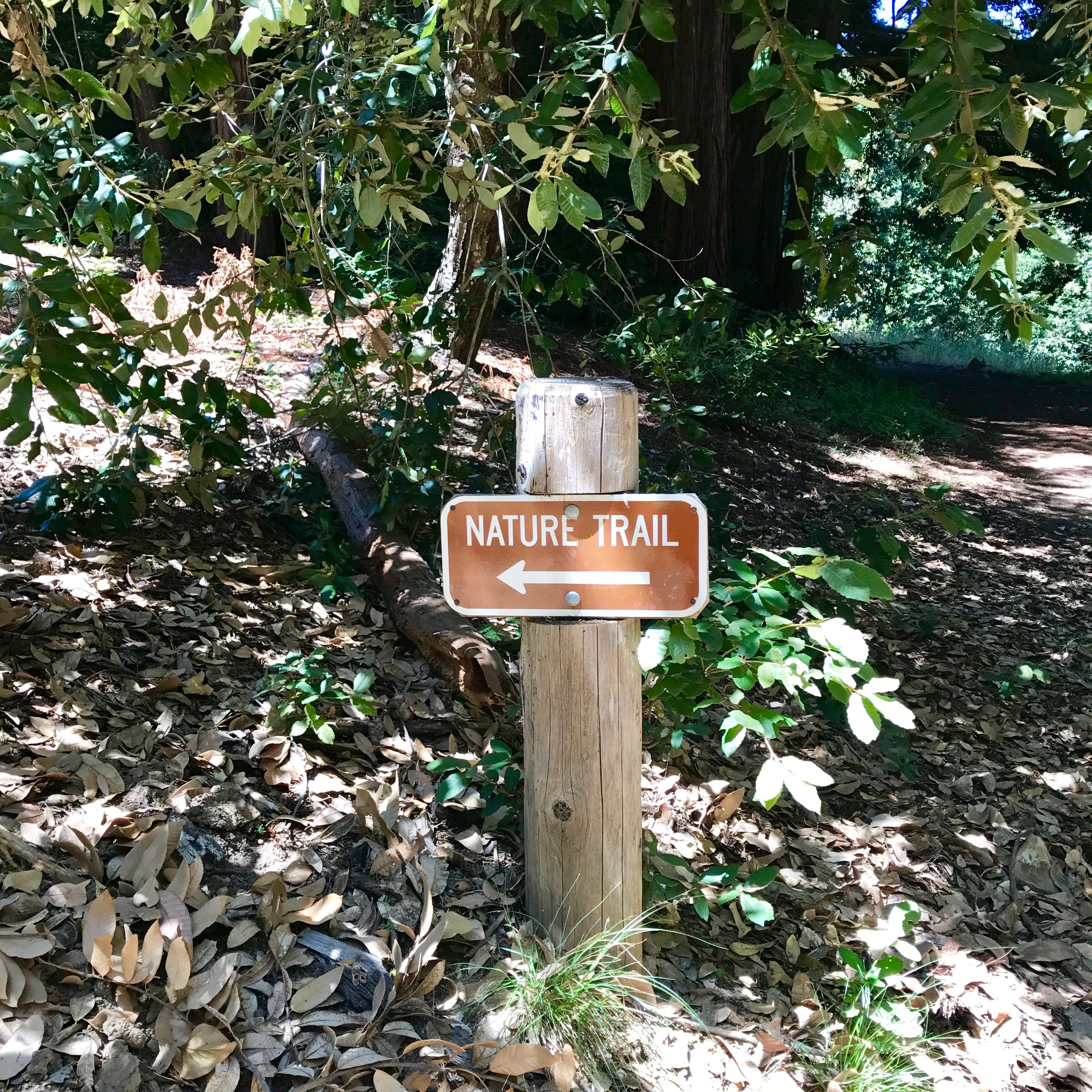