Skip to Content
Home Self Fitness I Swam Alcatraz! 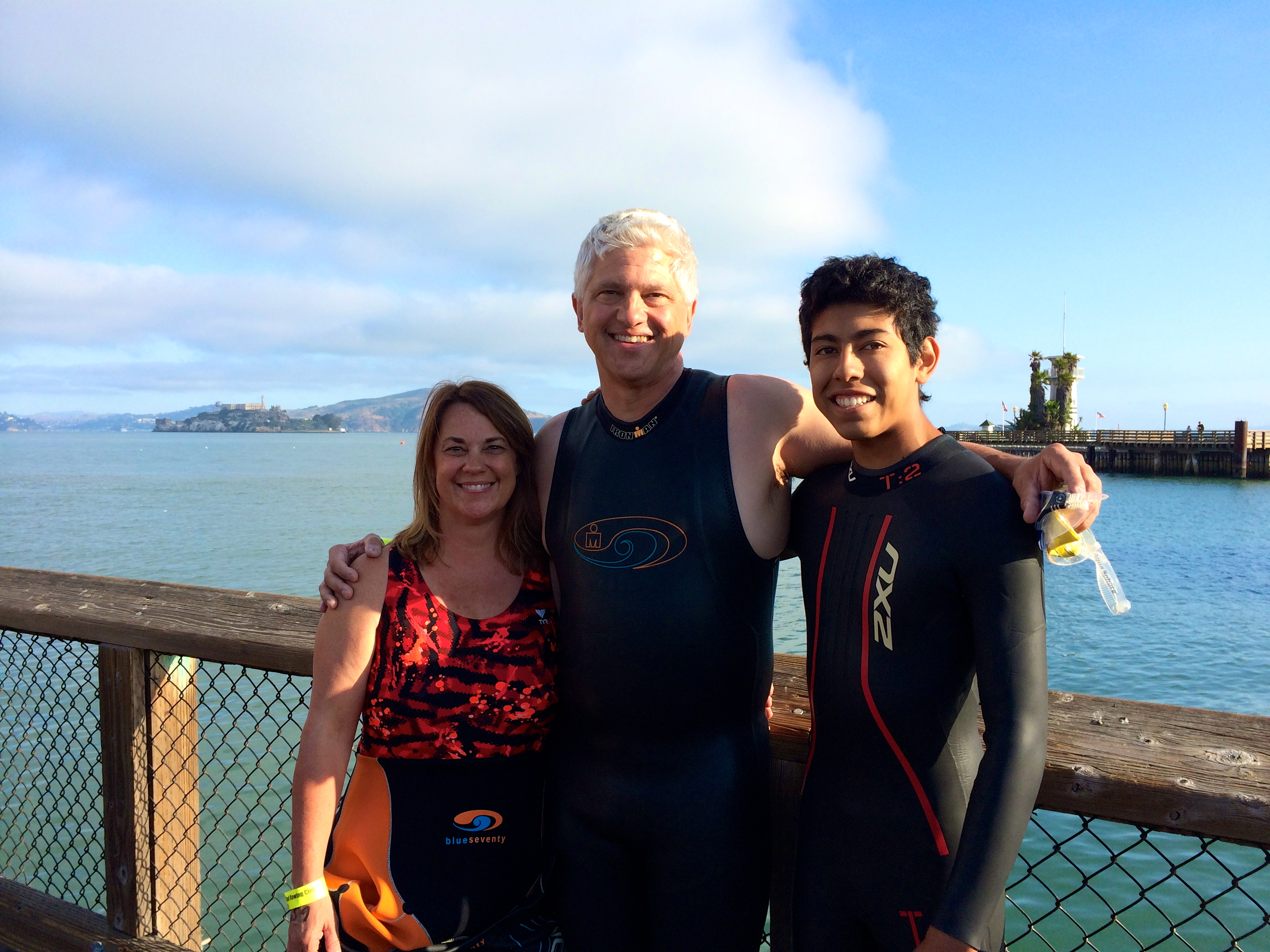 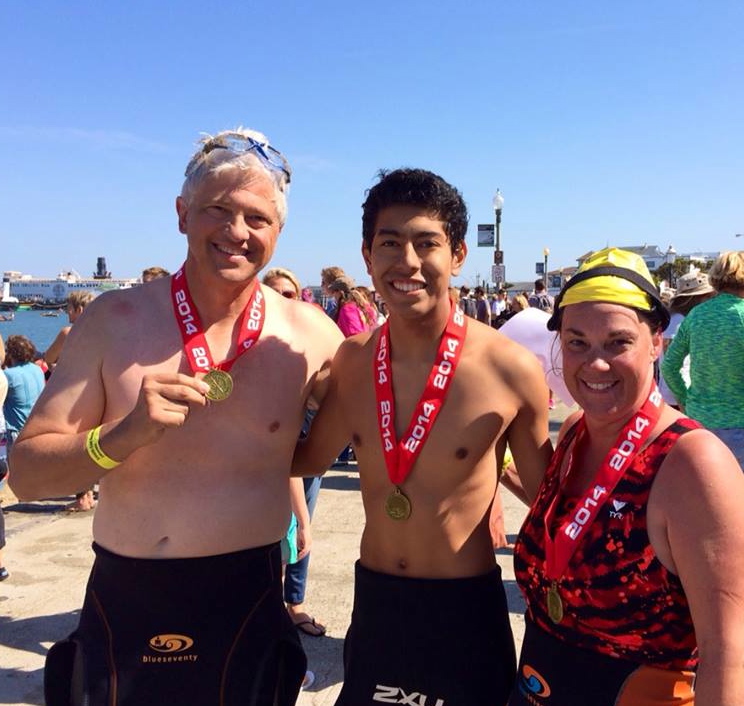 Yes, I did! First and foremost, thank you to South End Rowing Club for the wonderful event that they hosted! This was one of the most amazing experiences of my life. The volunteers on land and in the sea were wonderful. From Saturday’s pasta feed at their club overlooking the water, the encouraging words from club members and the gentleman that has swum Alcatraz 1017 times. You are the best. The check in was smooth, and I loved the sound of the bagpiper that we followed along the water to board the ferries. 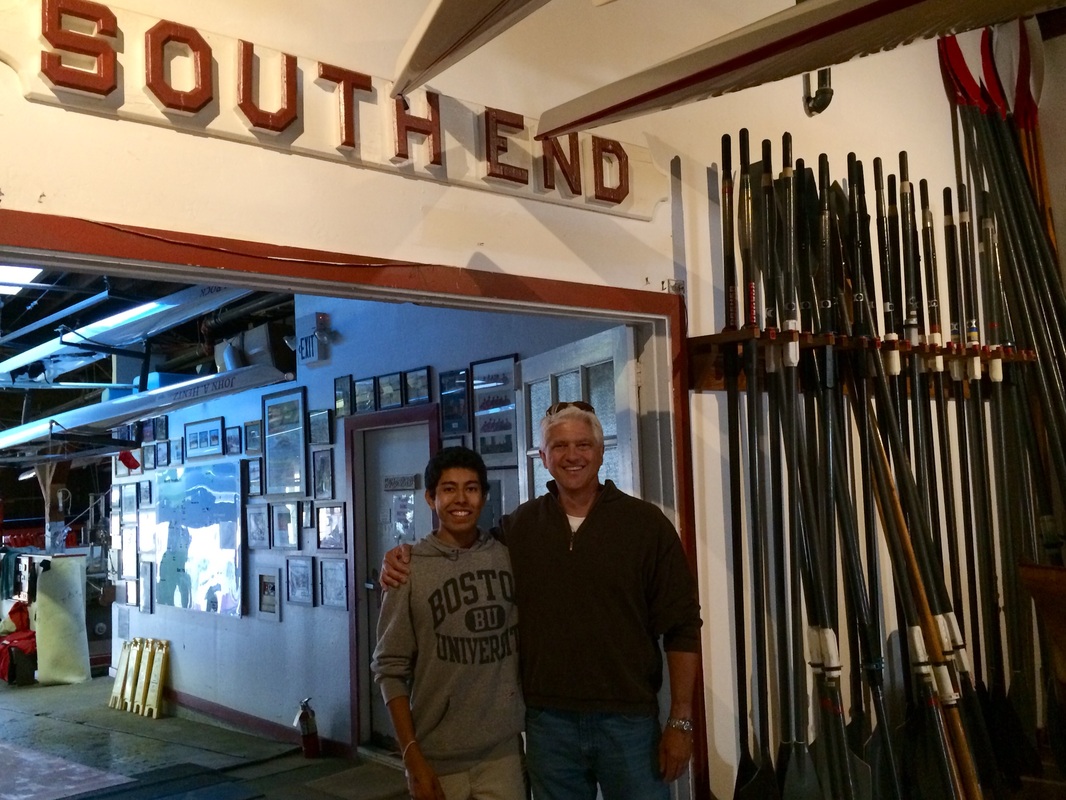 Was it hard? You bet it was hard! But it was so cool to be swimming out in the bay. The cool factor outweighed the hard factor ten-fold! I do not have a competitive bone in my body, which is a very good thing because if I did I would not even think about doing these events, let alone sign up and train for them. I am slow. Plain and simple, I am slow. I am a slow swimmer, slow biker, and an even slower runner. But I love challenging myself. If I were competitive, the thought of how far behind everyone else I would be would surely keep me out of the events. But it is not about beating anyone else. For me it is always about doing my best, challenging myself, and having fun.

Talk about fun! I will say swimming from Alcatraz was a blast. From the moment I stepped onto the boat deck and the man yelled jump, and I jumped far and wide from the ferry to the water four feet below, it was fun.  Bobbing up to the surface and seeing all the yellow-capped swimmers surfacing and taking those first strides and setting off towards San Francisco was breathtaking. Remembering how important it is to clear the boats after we hit the water – it was time to swim. Head down and swim! 750 swimmers entered the water in a span of five minutes from two ferries.

Yes, it was hard. The swells were big, getting into a rhythm where I rolled with waves hitting me crossways while I sighted the low and flat roofed white San Francisco Maritime Museum building took me time.  My breathing was fast; adrenaline was pumping, and the shock of the cold water exhilarating.

Although I stepped out onto the deck with my husband to jump into the water alongside him, I never saw once I hit the water. The plan in jumping three at a time was for my husband, stepson, and me to jump in together. In the push to the doors Dominick got shoved back behind us, even though we were linked in arms. Dominick saw me and was able to swim up to me in the water.  We said our good lucks to each other as the waves had us bobbing and spitting out the salt water that was splashing into our mouths. Then like a rocket, Dom raced off.

They told us to be sure to stop and take in the scenery! Well I took that advice to heart as I stopped a lot to look around. The joy of swimming in a full wet suit in salt water is that you float. You can stop all you want. The current is moving, so if you stop too long it sweeps you off your course. But I stopped a lot. Some to catch my breath, but also to take in the view.  It was a crystal clear day, the sky was blue, to my right was the Golden Gate Bridge, to my left the Bay Bridge, behind me was the shrinking island of Alcatraz, and in front of me was the magnificent skyline of San Francisco. Oh, how I love the city by the bay – and that view from the water surface in the bay cannot be beat.

While the swim was hard I had absolutely no fear. I knew I would make it. I knew I would be slow, so I savored every moment. They have boats everywhere surrounding the swimmers to guide us and keep us heading in the right direction. Every swimmer was wearing an issued South End Rowing Club bright yellow swim cap.  You could see yellow heads bobbing across the bay. The fireboat was shooting water into the air – that too was helping in guiding me in the right direction as well as the bight orange buoy at the entrance of the Aquatic Park. 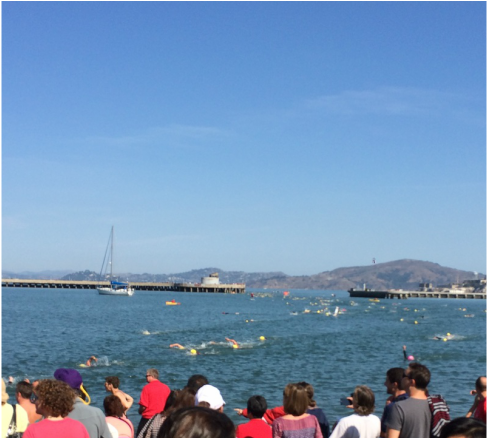 While swimming I felt as though I was swimming in the largest pool ever!  As I approached the orange buoy, I will say a moment of sadness hit me – before entering Aquatic Park I turned and looked at the bay – I loved swimming out there and now I was finishing and leaving the open water. I said a silent goodbye to the bay – and I told the open waters that I would be back again. Such a cool feeling to know that I did it! And even better knowing how much fun it really was. I swam from Alcatraz 🙂 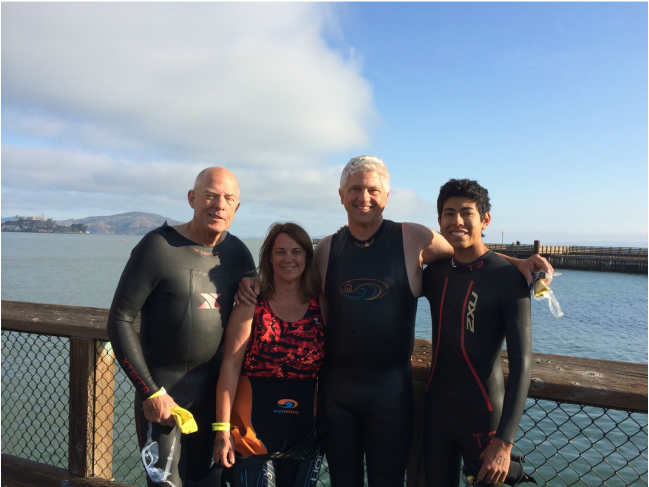 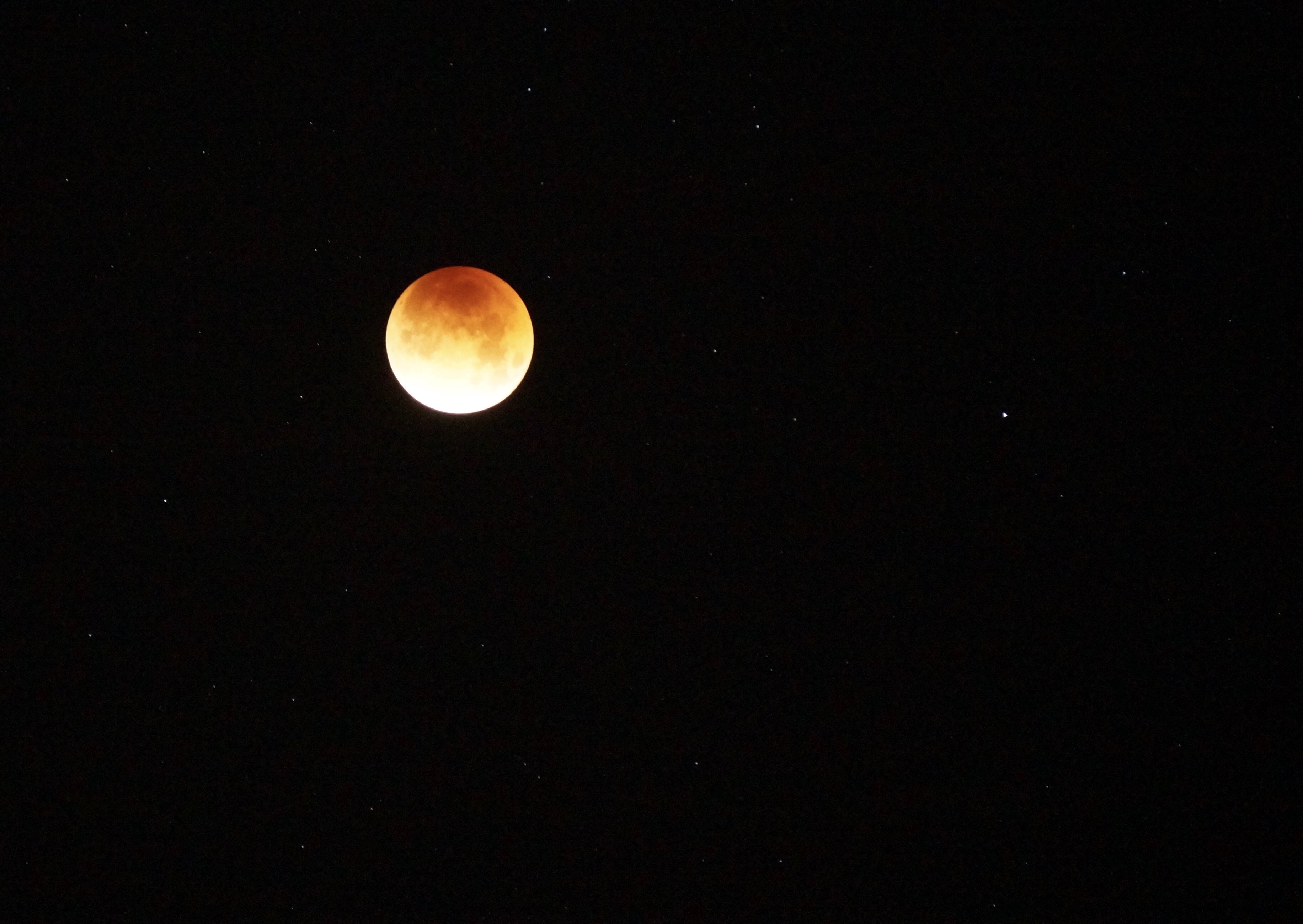 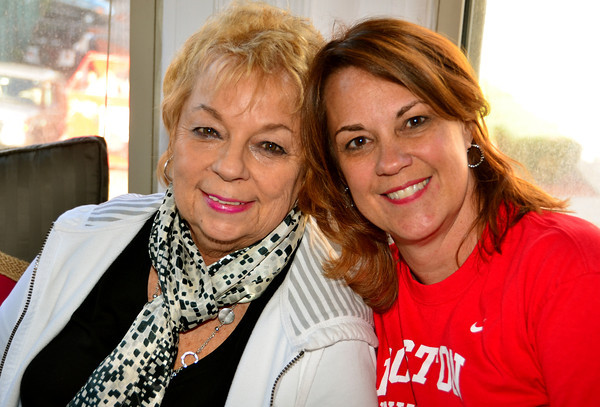 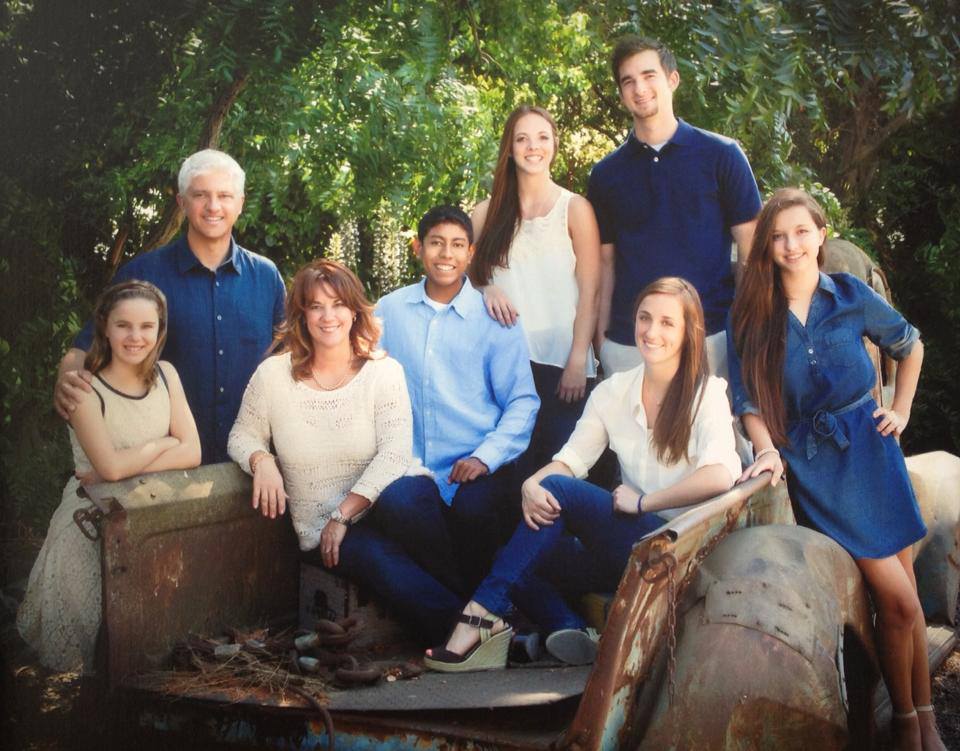