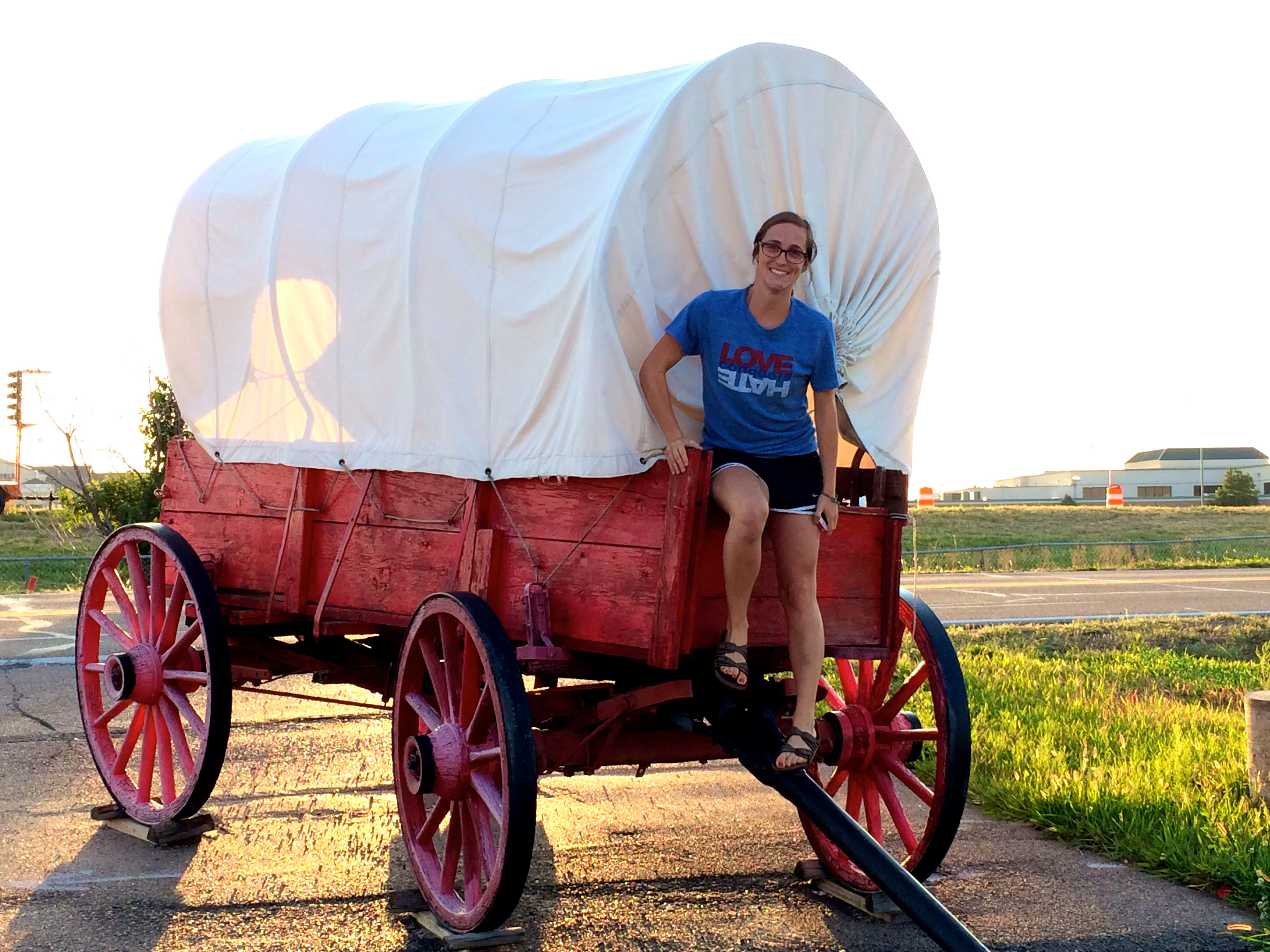 Day Two
Destination: Lincoln Nebraska
Well, I suppose the best thing that I can say about today is that it was uneventful. We traveled 883 miles and not a lot happened. 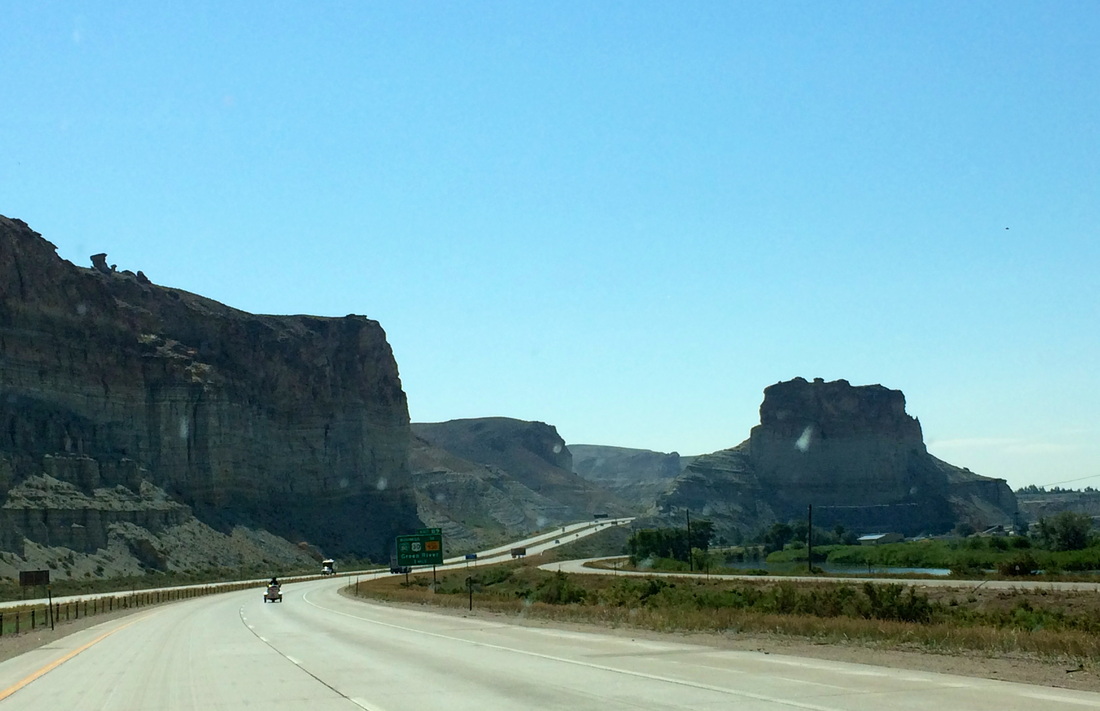 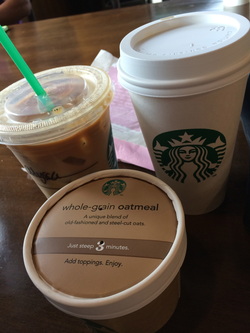 I was able to get a swim in this morning at Little America in Salt Lake City. The hotel had two swimming pools one indoor and one half indoors and half outdoors. It was the later pool that was opened at 4 am so that was the pool I used. No, I am not that crazy – I was not swimming at 4 am! But I was in the pool about 5:30 am. I was not the only one and shared the pool with one other swimmer. It was really cool swimming through the outlet and swimming back and forth between the outdoors and indoors.That was a first for me.We found other cross-country drivers when we stopped for our morning coffee and oatmeal.  These two cars, one from Michigan and one from Tennessee heading to Oregon.  They are traveling west while we are traveling east. 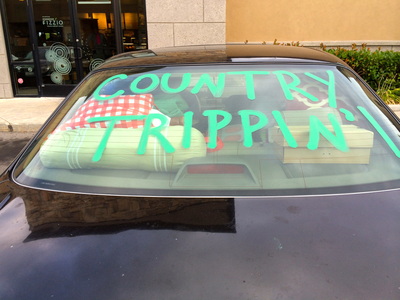 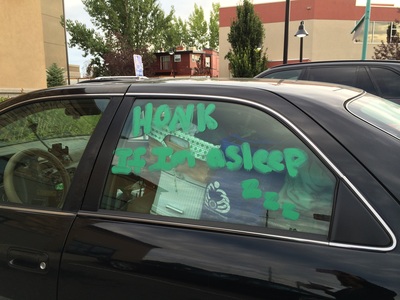 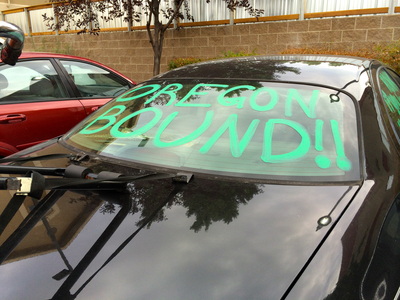 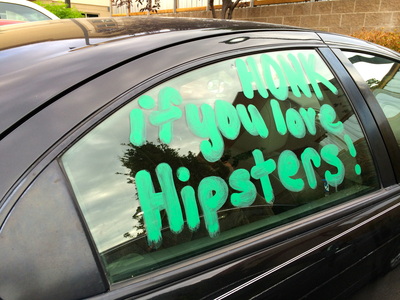 When I told Alyssa that she could listen to country music if she wanted to, she said that was the nicest thing to hear! But in reality we listened to a whole lot more NPR than anything else.  Listening to the radio and watching the landscape through the bug-splattered windshield was how we spent our day. 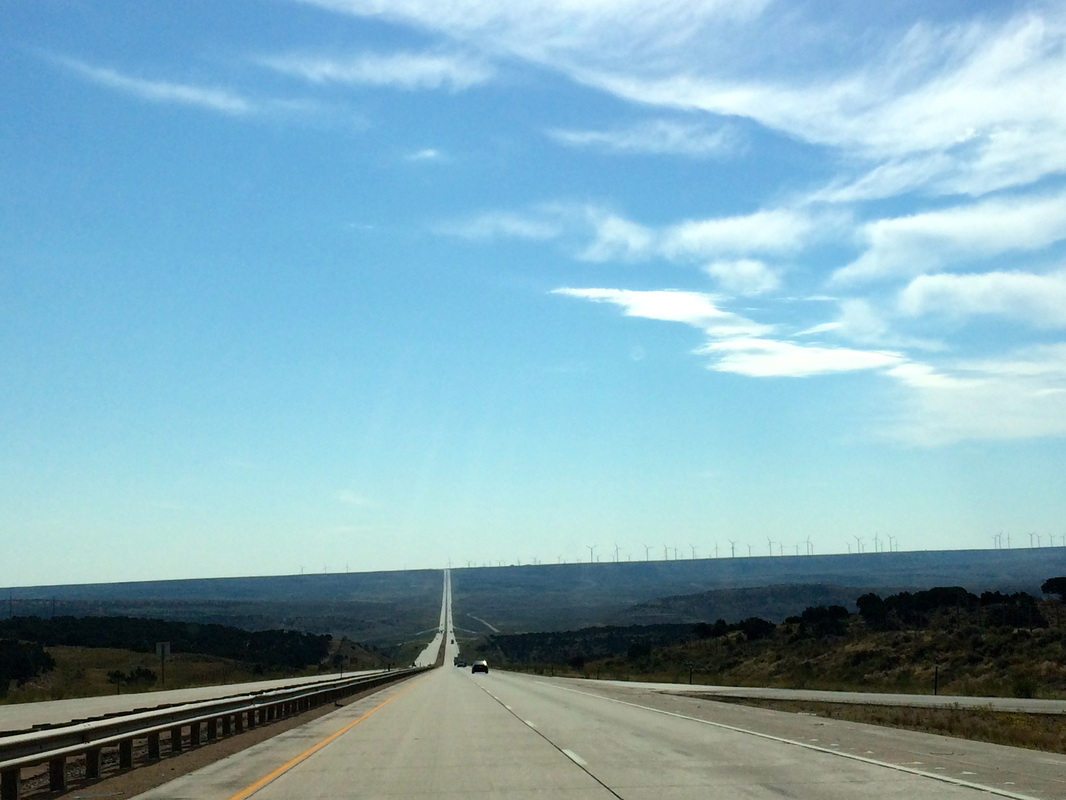 One point of interest was when we stopped at Starbucks in Cheyenne, Wyoming, and a man in line looked at Alyssa and said, “You’re not from here are you?”“Nope, from California. Traveling cross country,” she answered.  OK – so what made her stand out?  We’re not sure…maybe her, “Love Conquers Hate” t-shirt that she was wearing? Or maybe that she walked in with a reusable tumbler and reusable water bottle asking for ice tea in the tumbler and water for the water bottle? One can only guess.We did detour off the beaten path a little bit to drive past the capitol building.  I love all the artwork and statues that they have in their public parks and in front of the buildings. 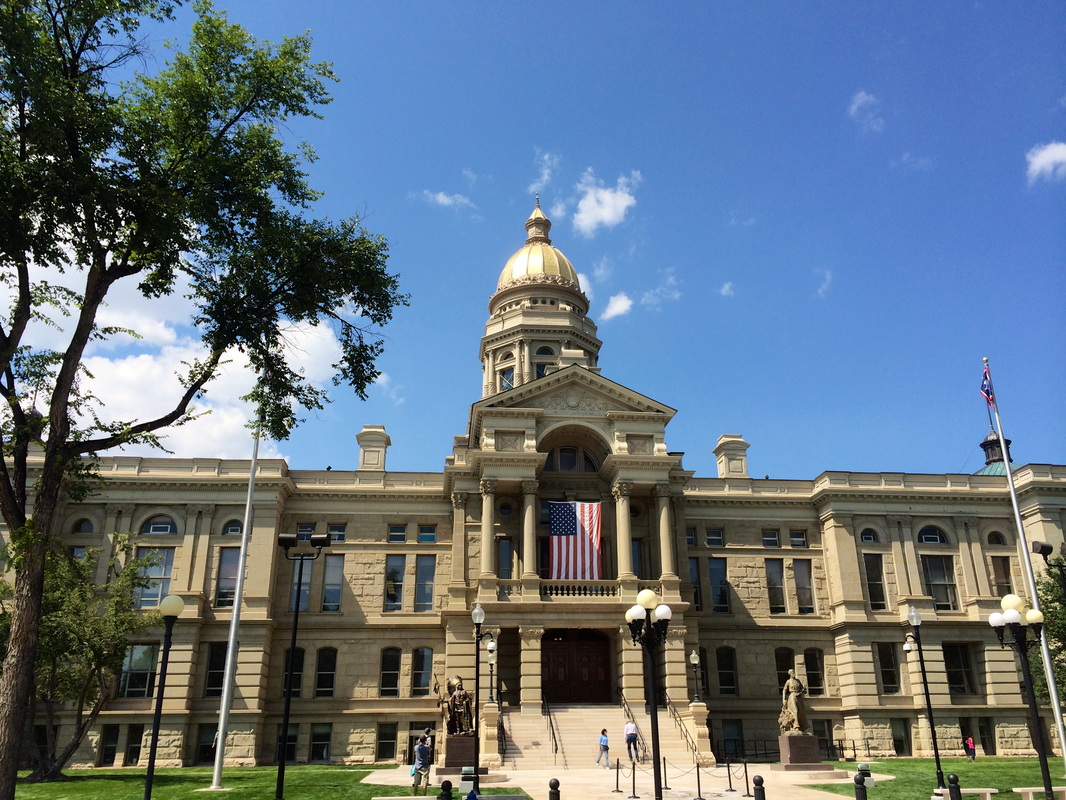 Then we drove past that welcome to central time zone sign. Really? We are losing yet another hour of sleep tonight? This losing an hour every night is killin’ me. 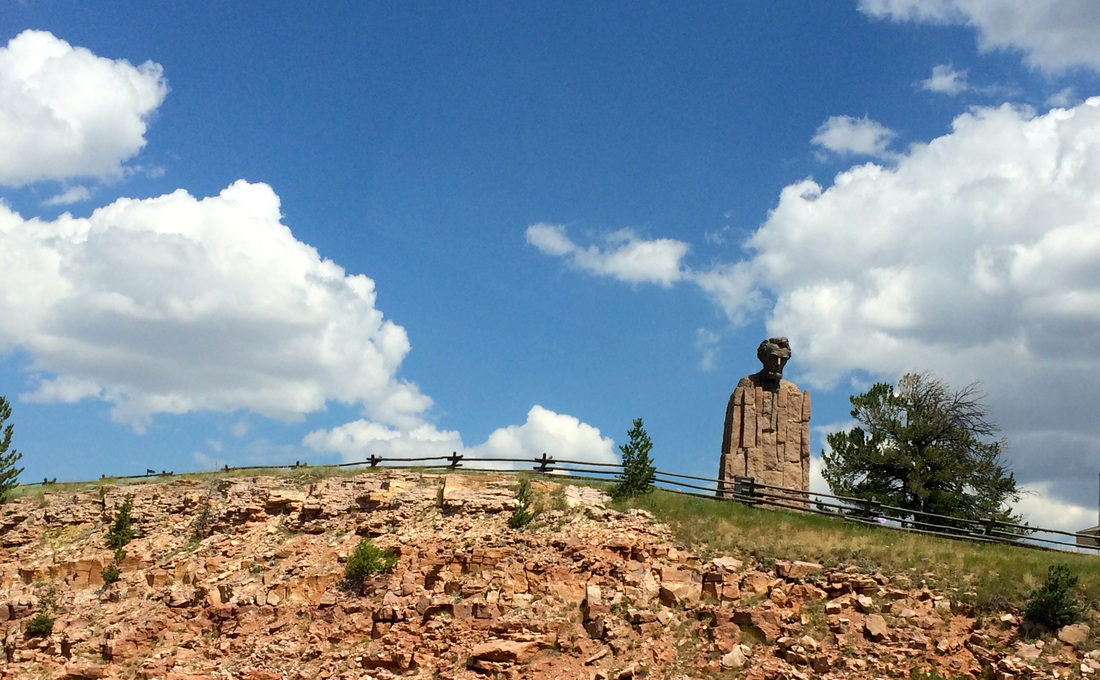 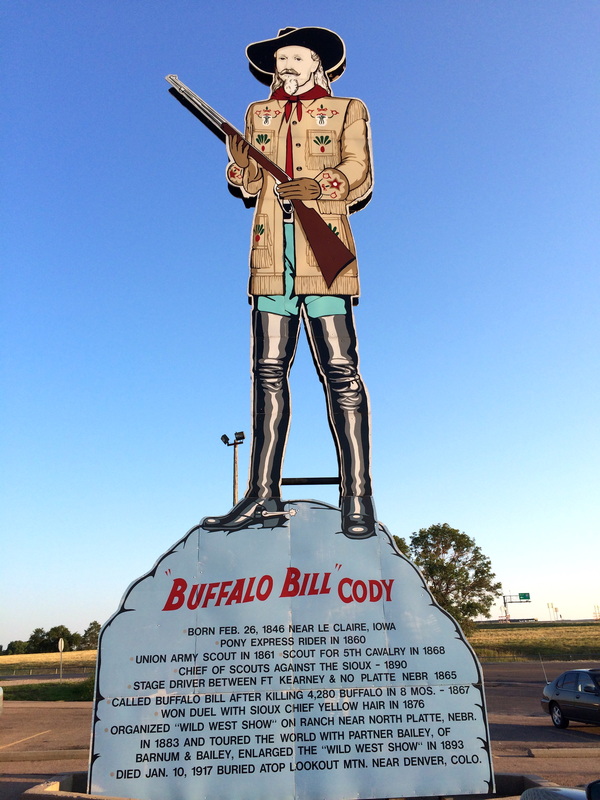 Our drive continued late into the night. We saw the most amazing billowing orange moon rise up over the horizon.  The picture does not do it justice. The moon was simply awe inspiring. 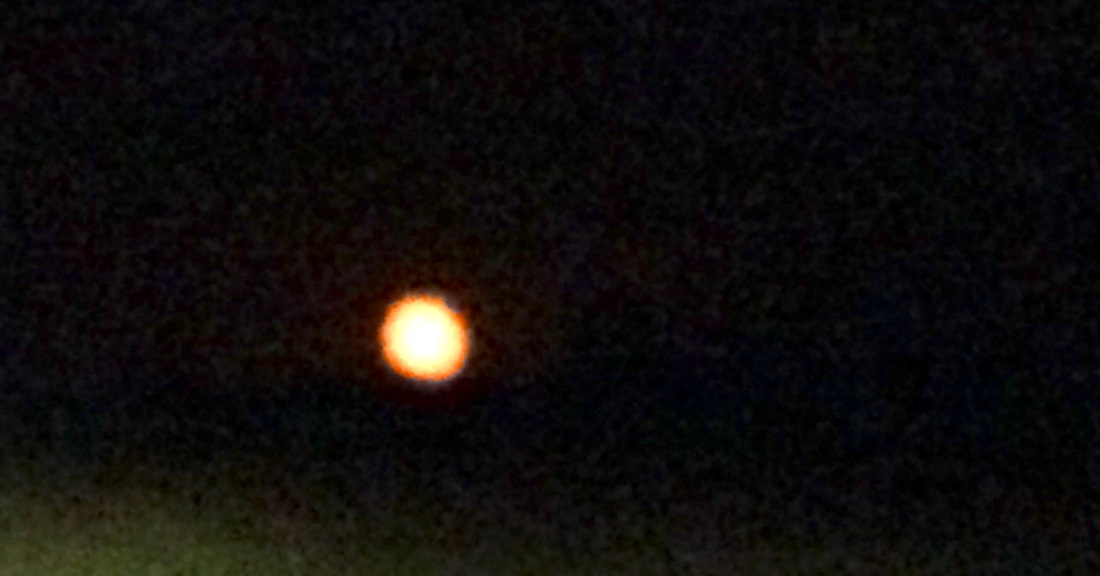 Finally at 11:30 p.m. we pulled into Lincoln, Nebraksa.  My Quality Inn bed and pillow was simply the best. The weary travelers called it a night.A quiet day is a good thing! 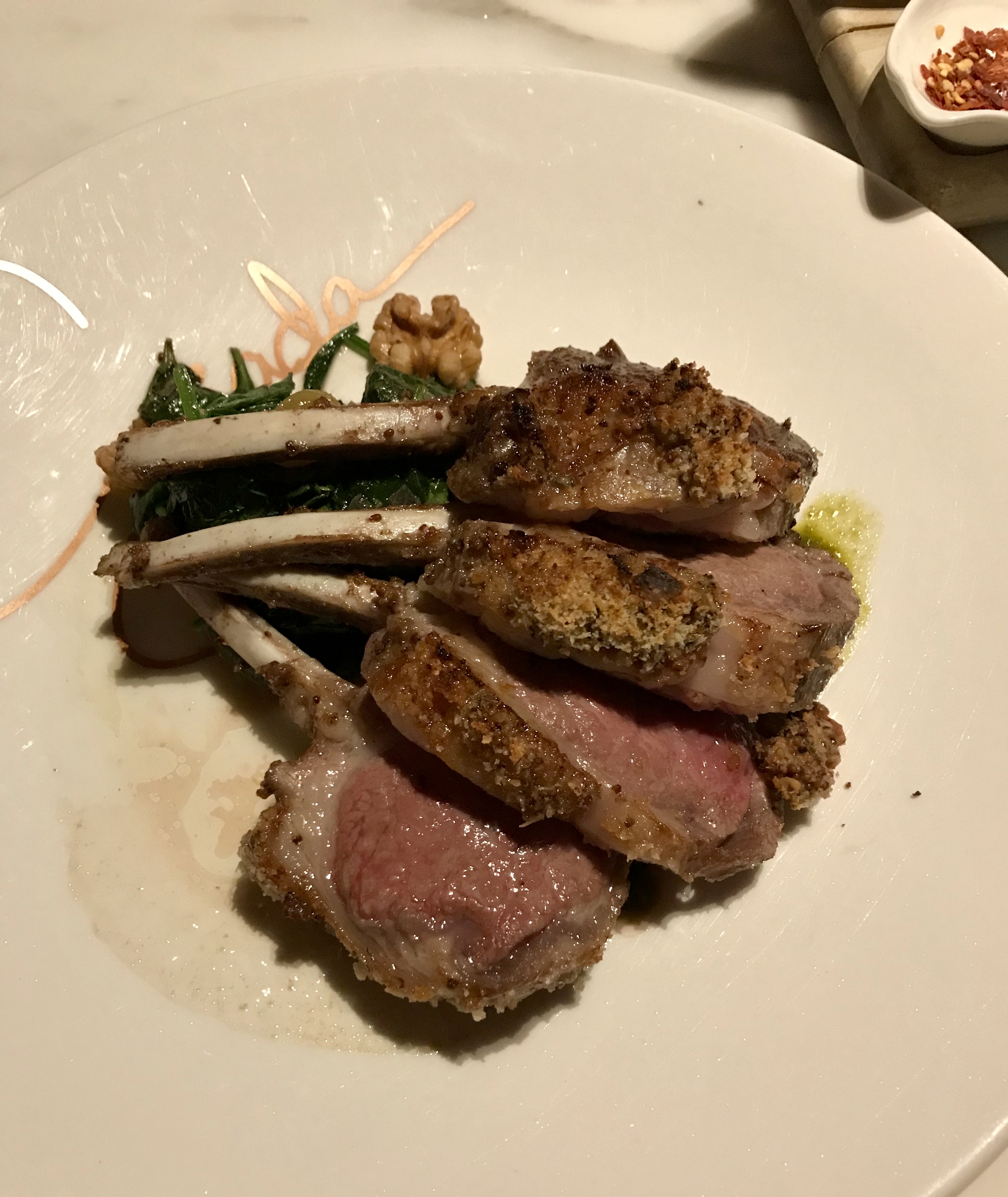 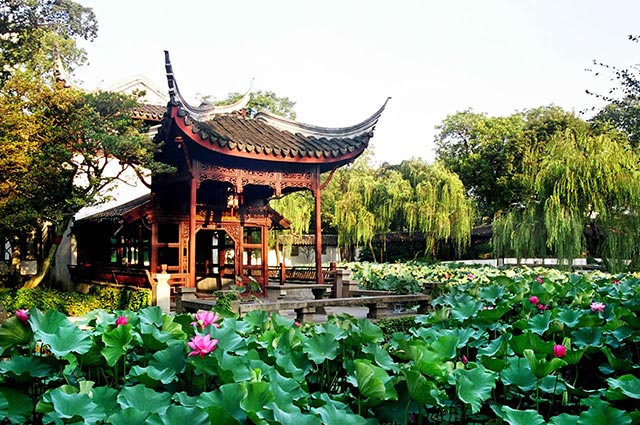 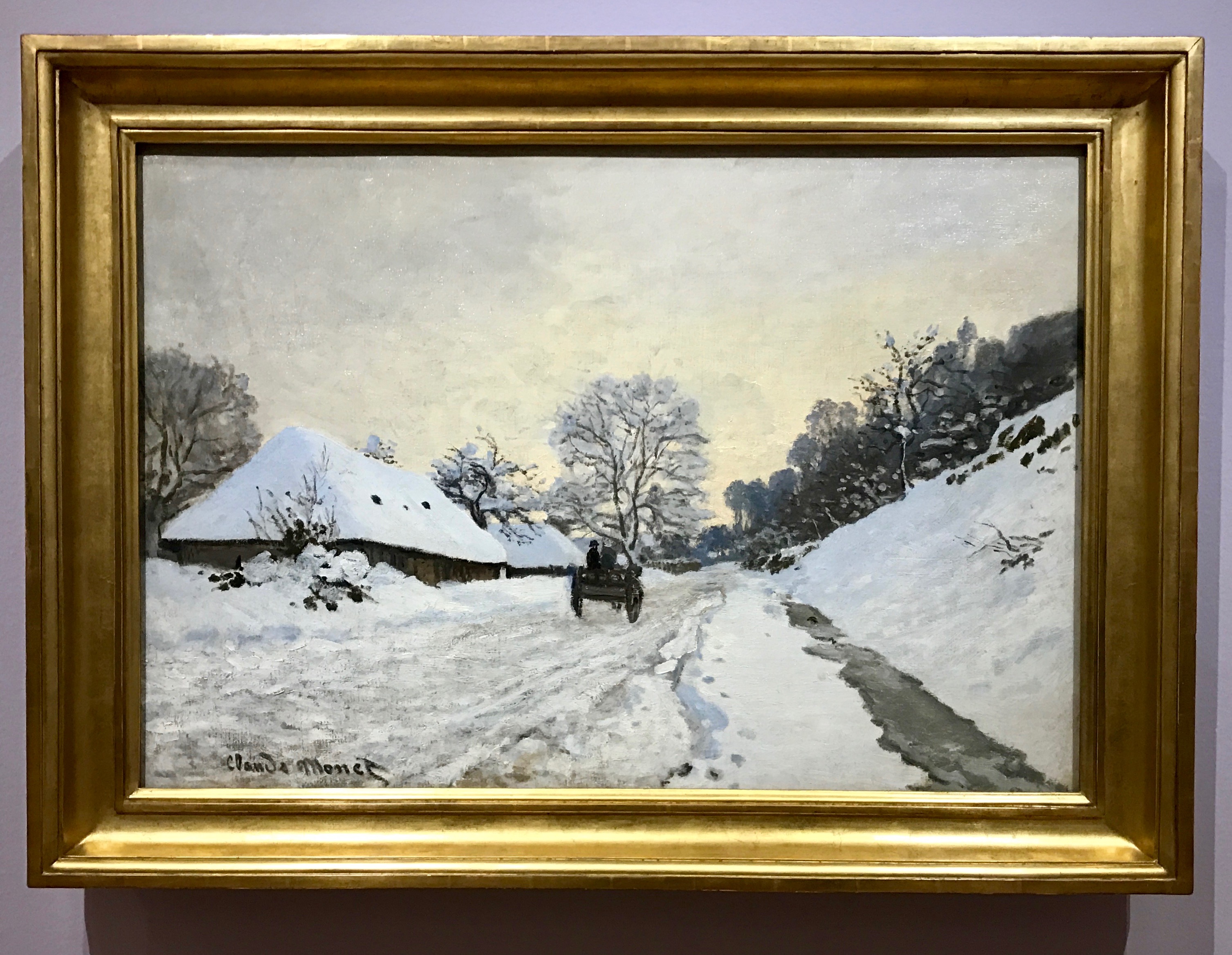