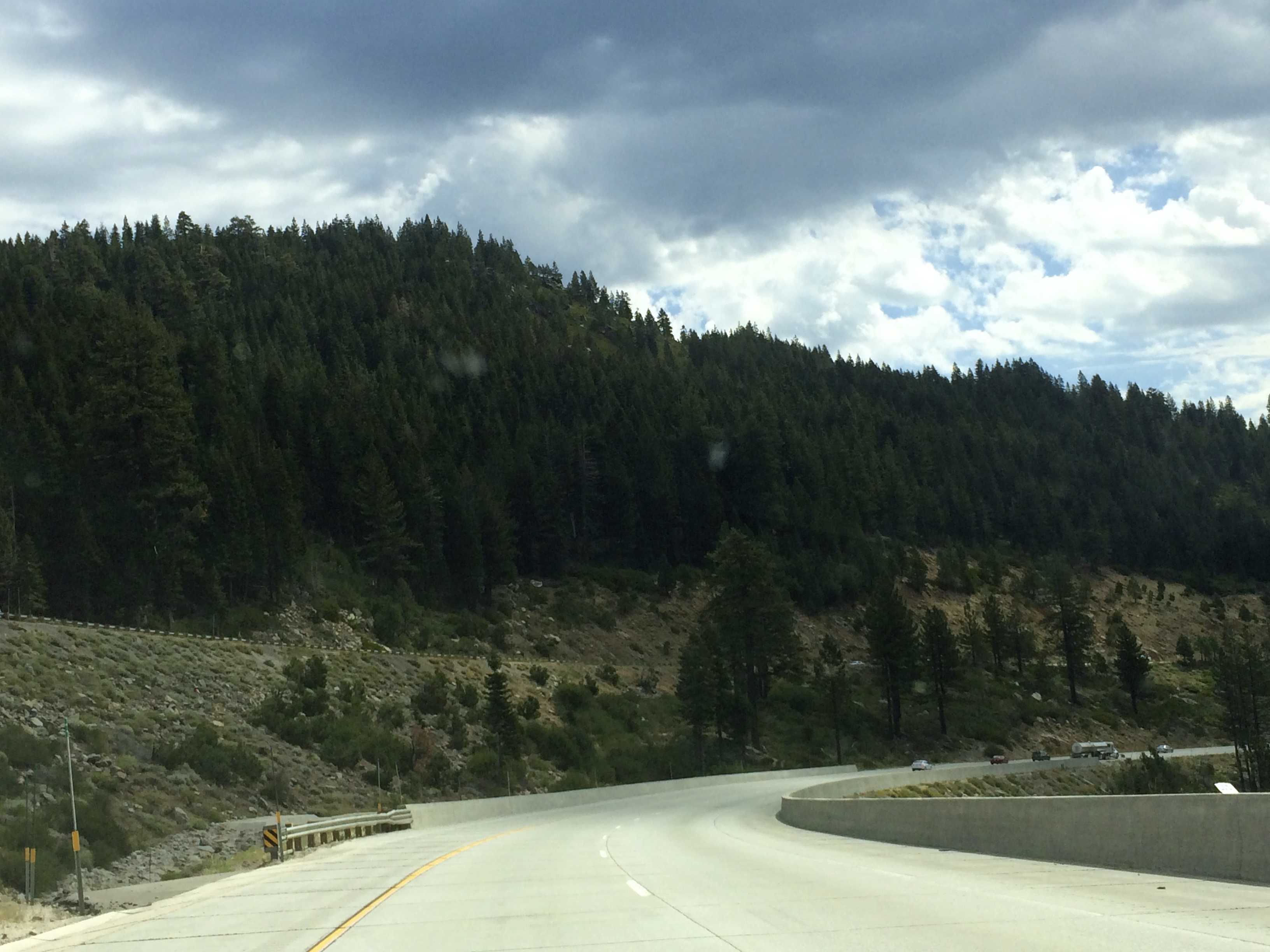 Alyssa and I hopped into the car, bright and early at 7:15 a.m. A little late, we had hoped to leave by seven. Alyssa was detained a bit with her goodbyes to the  family and dogs. It suddenly dawned on us how long it would be until we all see her again. Finally with coffee in hand – mine hot and Alyssa’s cold – we were ready to go. We pulled out of the driveway, and the country music instantly began blaring our of the radio. “Ohhhh no!” I cried, “I am not listening to country music for 3,000 miles!” Both my daughters love country music – something they got from their father, not me! Definitely not me. 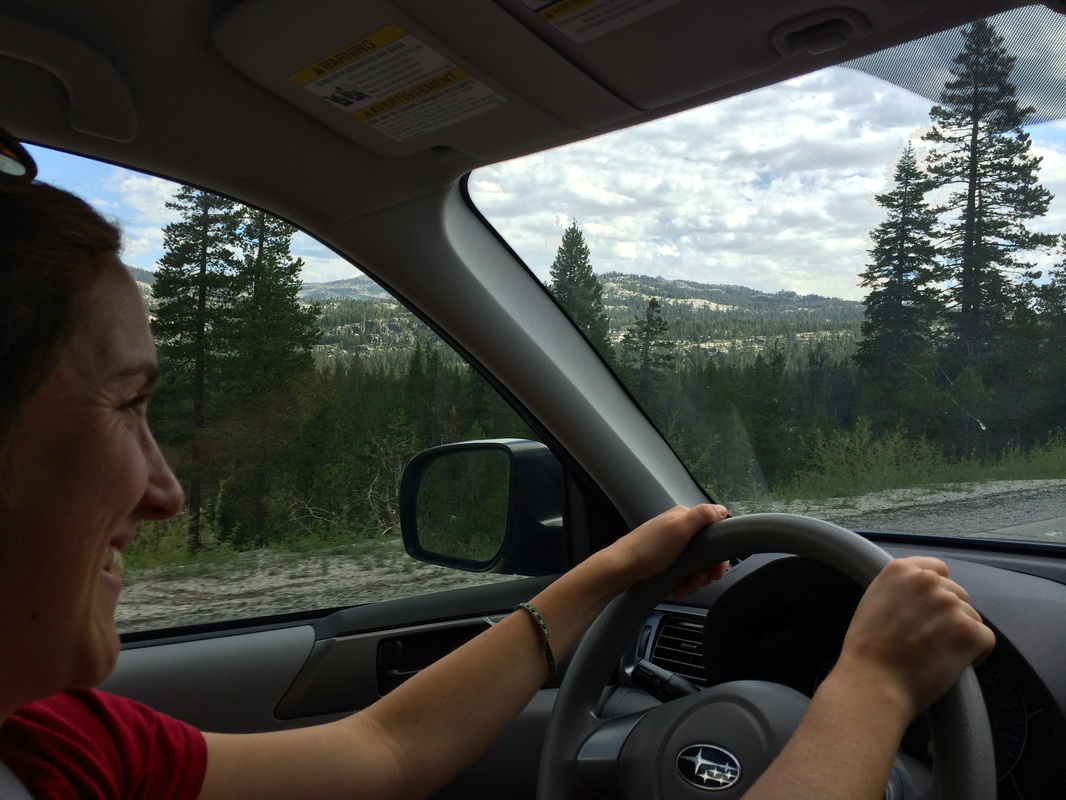 According to Google Maps, we had 785 miles to go, 11 hours and 15 minutes of straight driving. Alyssa took the first shift and drove us to Reno. All in all, it was a quiet morning. Little traffic, and before we knew it, we were driving through the Sierras. 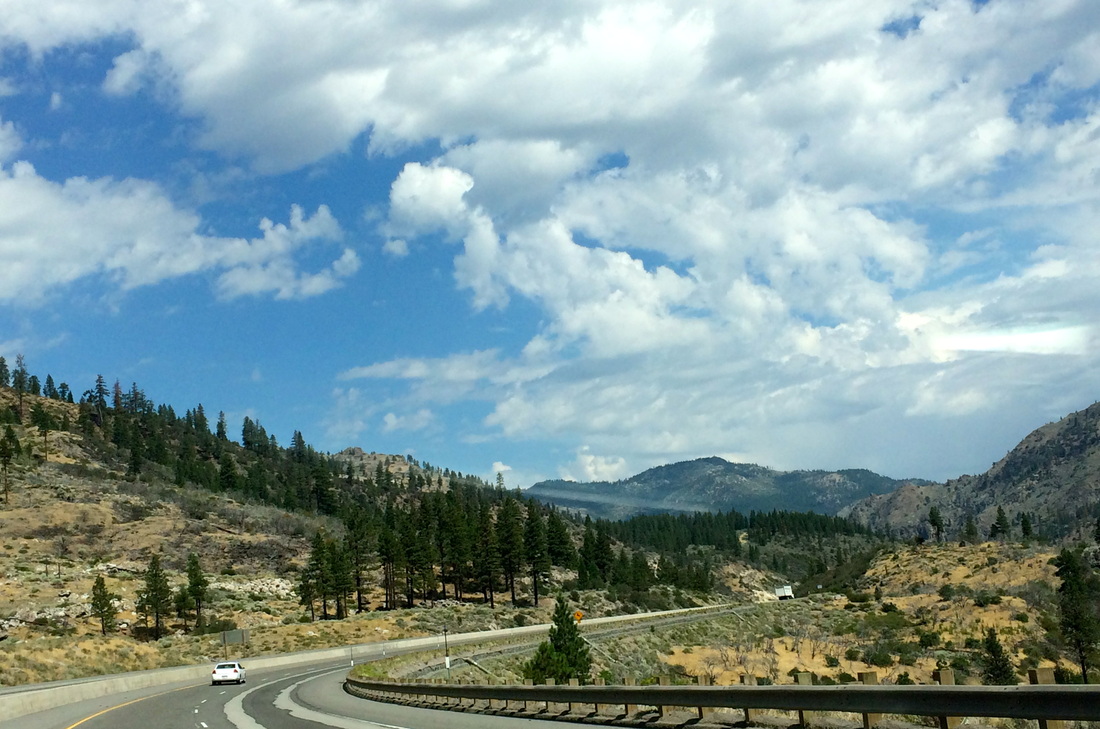 We hit a few scattered showers, and discovered the windshield wipers weren’t really working that well. But the rain was light and over quickly. We stopped in Reno, the world’s largest little city, and found a great café for lunch, called Sup. We found this restaurant via Yelp, and liked the reviews and thought it was worth checking out. We’re so glad we found it! We found it easily in what appeared to be a converted home in a neighborhood called Midtown. The area had a college feel with lots of various boutiques, stores, and coffee shops. The café specializes in homemade soups, gourmet sandwiches, and filling salads. When we walked up to the counter, we were told we could sample any soups if we were interested. We tried both the carrot ginger and gazpacho, and decided to share a bowl of the gazpacho. We also ordered a toasted veggie sandwich and a house salad. We shared the delicious dishes sitting outside on the front porch. The food was delicious and hit the spot – fortifying us for our afternoon drive. 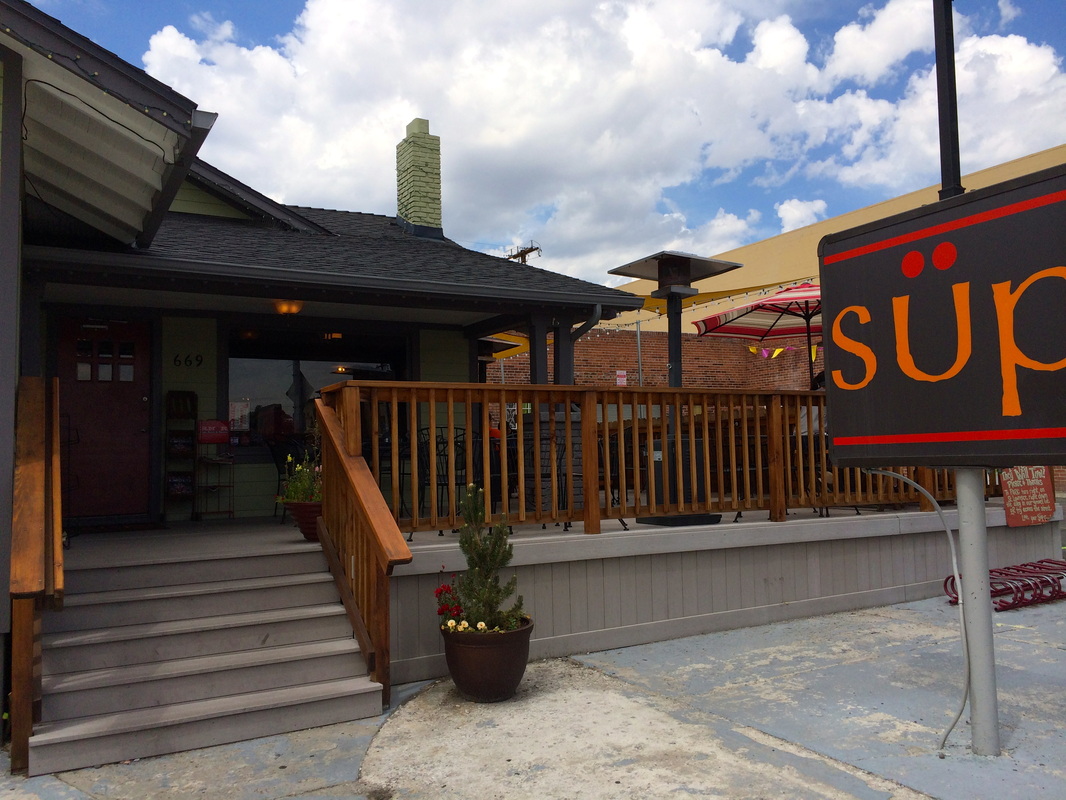 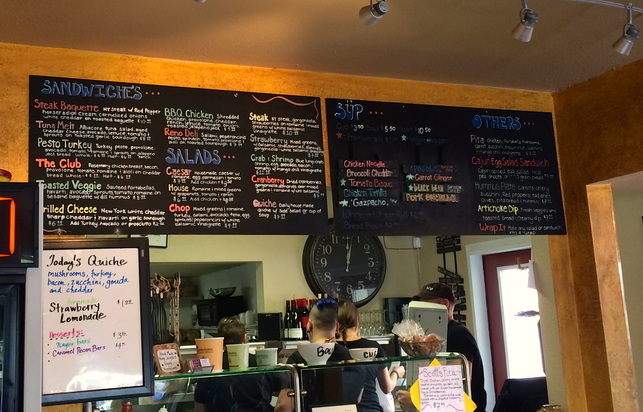 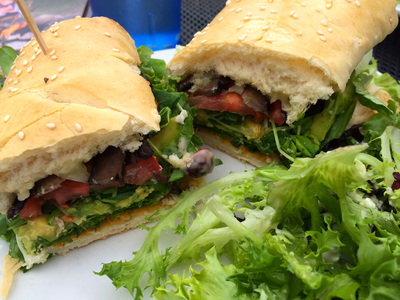 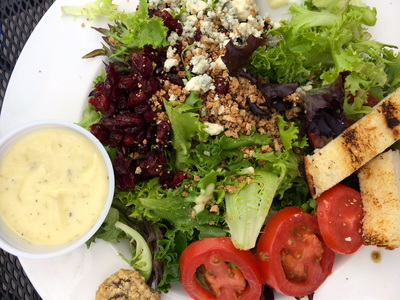 I took the drive over from Reno, and we headed towards Salt Lake City. Again, it started raining. This time with more and heavier scattered showers than the previous time. We discovered the windshield wipers truly weren’t working right. So, we began looking up on our phones for places to buy windshield wipers, we found an O’Riely’s in Elko. 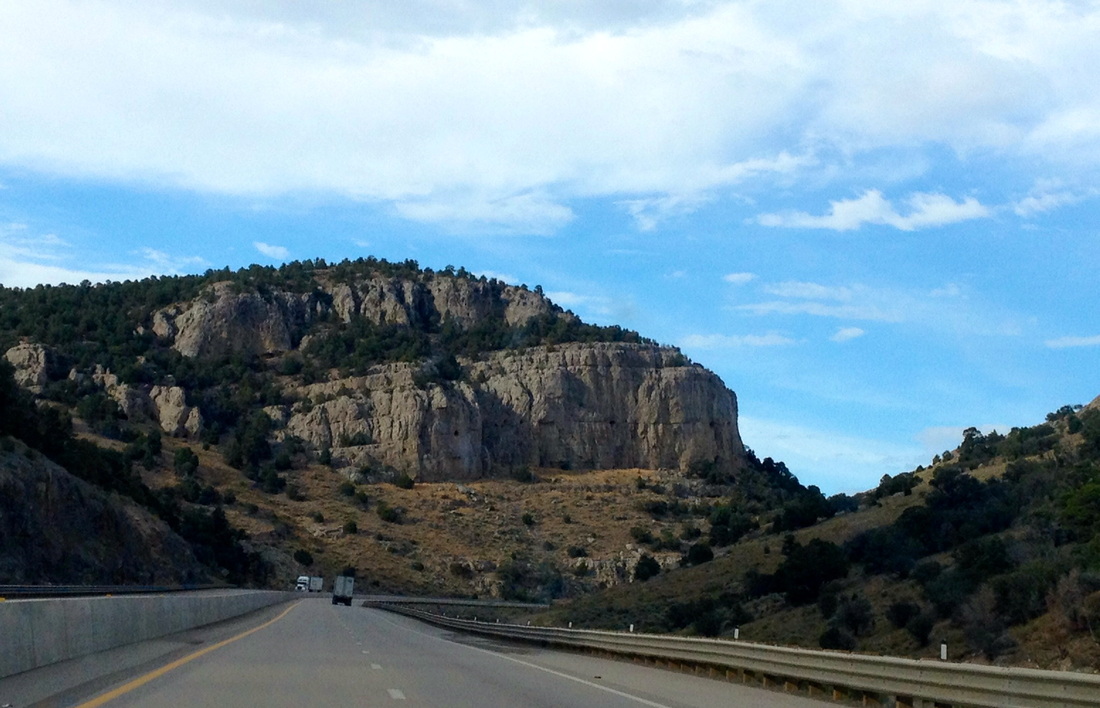 When we get to Elko, we first stop at Starbucks, then filled up our gas tank, and then stop at O’Reileys. Alyssa had read through the manual trying to find what size wipers we needed, but couldn’t find the information. As Alyssa was walking into the store, I called her back so we could look at the wipers and figure out what size we need. As I pulled the wiper away from the windshield, I saw there was no rubbed wiper visible. “Look, there’s not even wipers on here. No wonder they aren’t even working!” As Alyssa pulls it closer, she says, “What?” and then looking closer, “Look, these are plastic covers!” We laughed at our naivety, and pulled off the plastic sleeves. Glad we didn’t have to spend money on new wipers, we jump back into the car laughing.

With this classic move, I promptly knock over  a berry smoothie, spilling its sticky, gooby, contents all over the seat.  The light colored, clean, cloth seats, of Alyssa’s-new-to-her-car, quickly absorbed the mess. UGGGGH!!!! There was nothing handy to start cleaning it up. Not a napkin, paper towel, Kleenex – nothing! Looking around, we realized we needed to get to the grocery store across the street and quickly get supplies: spot cleaner, paper towels, water, handy wipes and a sponge. We then spent the next 20 minutes wiping, spraying, and blotting until the seat was clean and the berry color was gone. We laid down a pile of paper towels onto the wet seat, and I continued driving. Not too much of a disaster, but something we hadn’t planned on. Thankfully, the rest of the drive was uneventful, and we pulled into Salt Lake City at 9:30 pm. 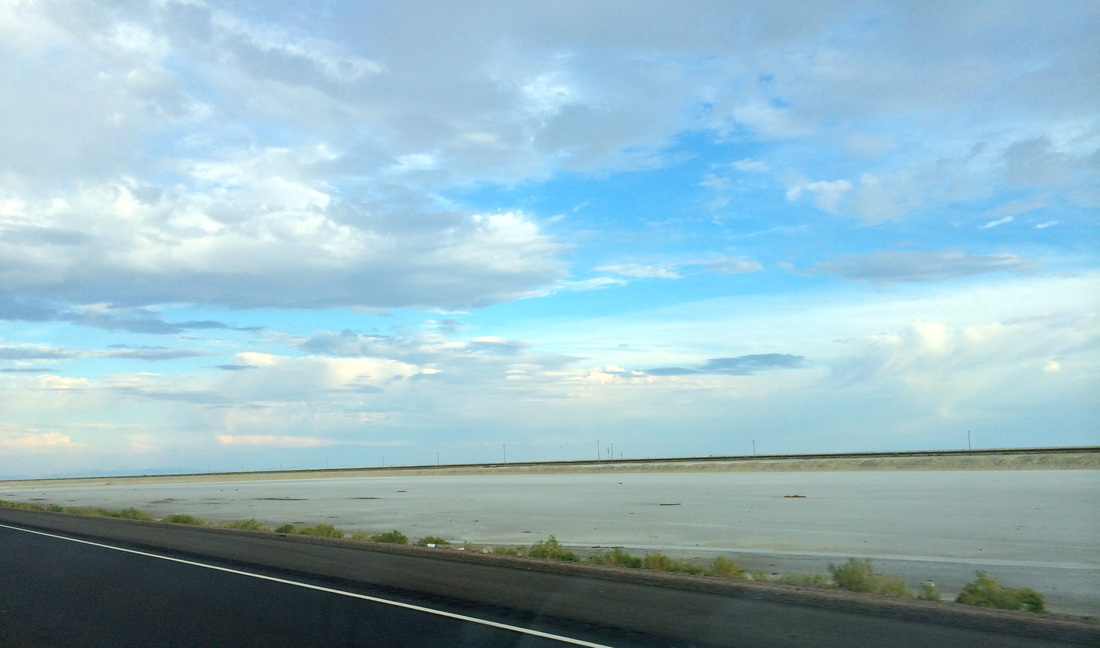 Out hotel was beautiful! We choose Little America for a few reasons: Underground secured parking (Alyssa has loaded all of her belongings into the back of the car), it has a swimming pool open from 4 am – 11 pm (my kind of place), and the cost was reasonable.  The perfect place to get some dinner, sleep, and swim.

Our night ended with Alyssa taking the ALS ice bucket challenge standing in our hotel shower.  Actually she took it twice! Yep, I was in charge of videoing her taking the challenge – and I was in perfect position, did the count down, and called action! Alyssa went through her speech and poured a whole bucket of ice water ever her head.  Only to discover that I, in my very tired state of mind, was not even on video! Another UGGH moment for the day! Alyssa with a smile and “Oh Mom”,  dried up, changed her top, and went through the challenge a second time! 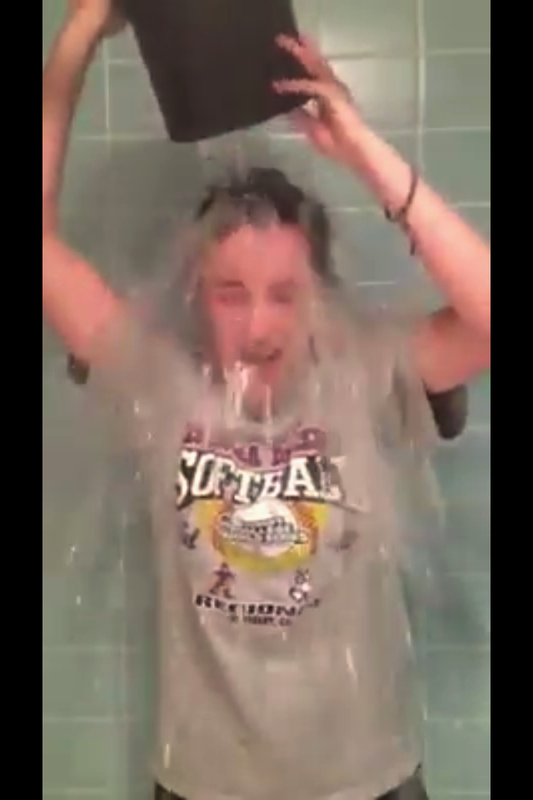 And with that – we called it a night! 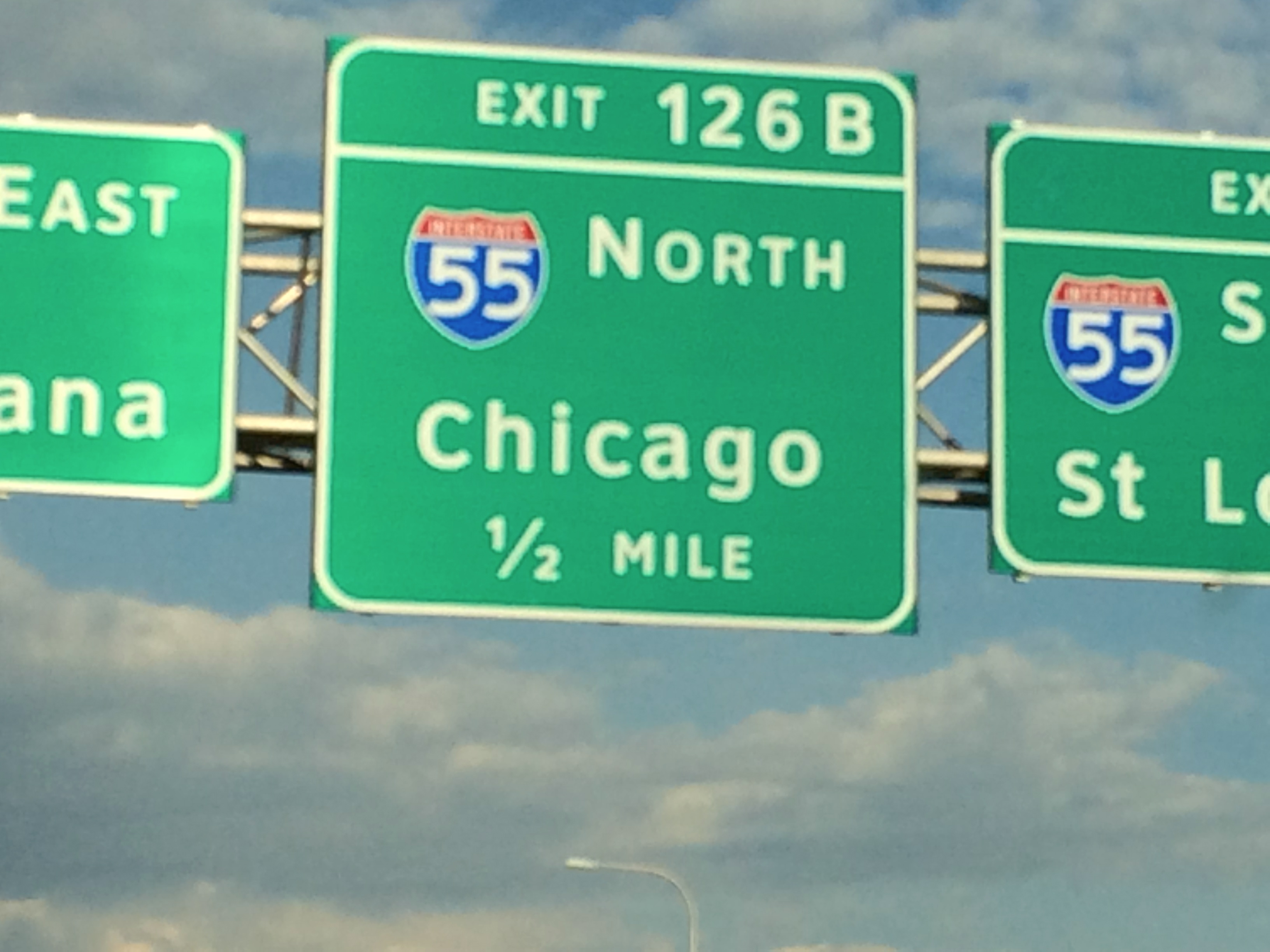 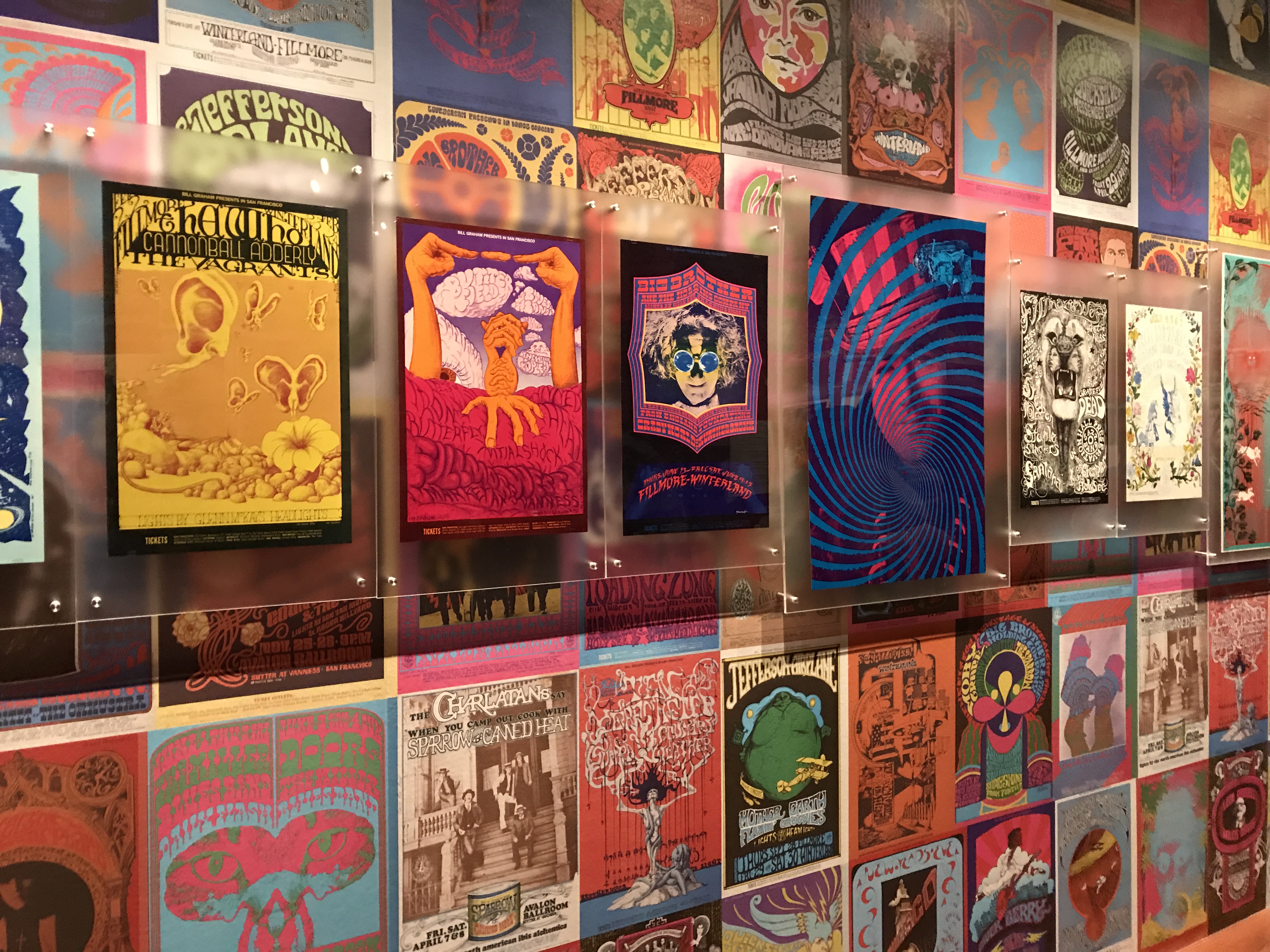 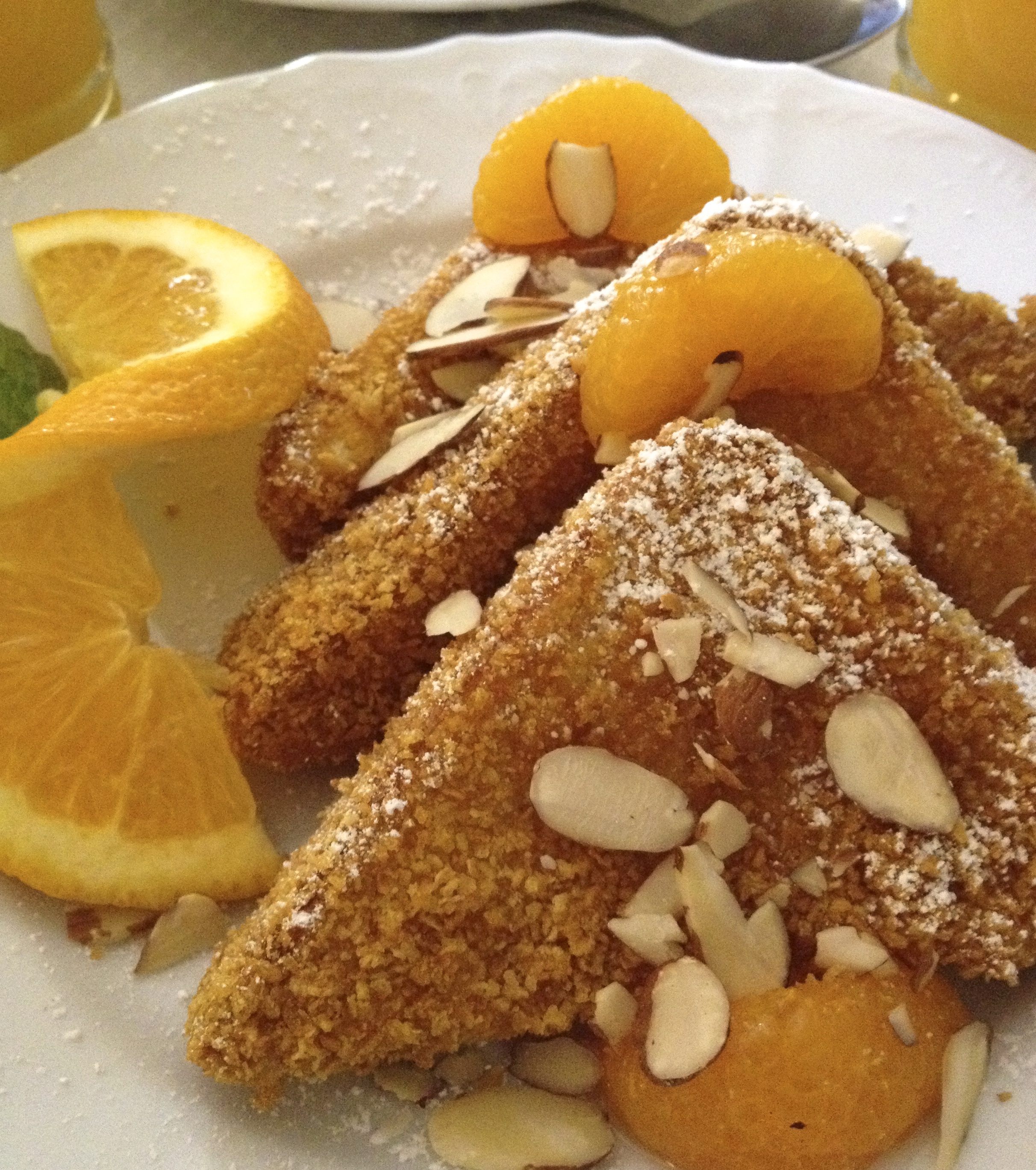